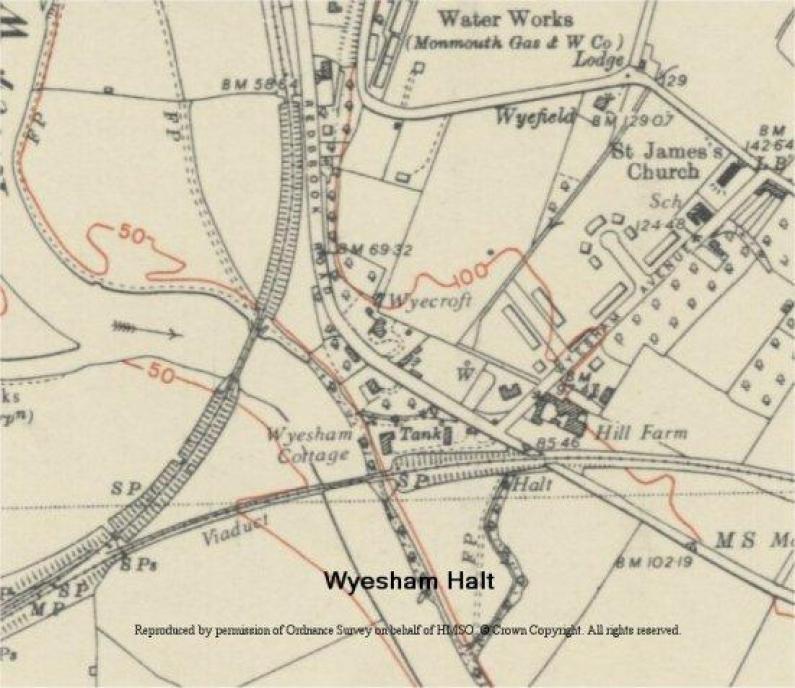 Wyesham Halt, on the Wye Valley Railway between Chepstow and Monmouth, was opened on 12 January 1931. It consisted of a simple wooden platform with a small galvanised iron shelter, which was probably supplied by Joseph Ash & Son Ltd of Birmingham, who made similar shelters for the other halts on the line. The platform was on the southern (up) side of the line just east of the bridge over the A466 road. It closed to passengers on 5 January 1959 and was probably demolished soon afterwards.