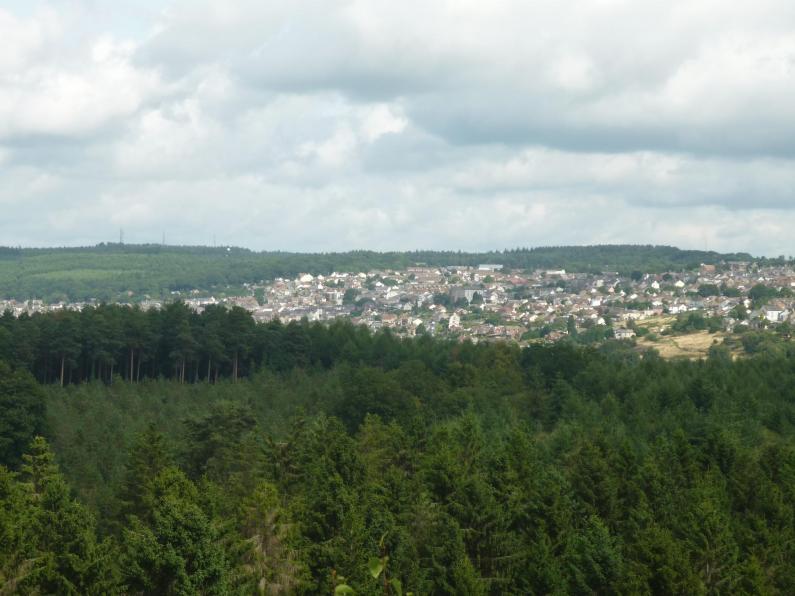 The settlement of the Forest has been very much influenced by the fact that for most of its history it has been Crown land and extra-parochial, so that for many centuries settlement was marked by conflict between the Foresters settling illegally within the Forest and various administrators trying to remove them.

During the early 17th century, many took advantage of the establishment of the king's ironworks in 1612 with its accompanying need for timber felling and charcoal burning, to establish themselves illegally in the woodlands. The first major expulsion of illegal settlers took place in the mid-1650s, but in 1680 a new government commission found some 30 cabins within the royal demesne. The cabins were demolished and the occupants re-settled legally.

After that, for a period up to the early 18th century, it appears the royal demesne was virtually uninhabited, save for the six keepers' lodges which were built in the 1670s. This may or may not be completely true, but certainly by the mid-18th century squatters were creeping back into the Forest, unhindered by the slack administration prevailing at the time. From now on, the permanent establishment of settlements within the Forest was under way, with miners and quarrymen building cottages, cultivating gardens and keeping animals all around the perimeter of the extra parochial Forest.

The growth of industrialisation from the late 18th century saw a rapid increase in the Forest's population. In 1788 some 2,000 people lived on Crown land, increasing to a little over 4,000 by 1811. But between 1811 and 1881 the same area saw a more than fivefold increase in population. At the same time, the process of encroachment continued apace. In 1838 the Crown finally conceded freehold status to the older encroachments and gave holders of land inclosed between 1787 and 1834 the choice of purchasing it within 10 years or of leasing it. Many took the opportunity to purchase their own homes. In 1842, in further acknowledgement that settlement was here to stay, the extra-parochial area of the Forest was divided for poor law act purposes into two townships of East Dean and West Dean. In later years the boundaries were often changed and parts of these two townships were added to various adjoining parishes. East Dean was then divided in 1953 into the new civil parishes of Cinderford, Drybrook, and Ruspidg In 1974 Cinderford, Drybrook, Ruspidge, Lydbrook, and West Dean parishes all became part of the new Forest of Dean District.

Further numerous cottages were built during the expansion of the mining and ironworking industries in the early 19th century, so that by the end of the century settlement sprawled over the hillsides around the edge of the Forest. Villages and hamlets merged into one another and many lacked clear focal points. Many dwellings were no better than hovels and from the 1920s, when the shortage of habitable cottages forced families to take up residence in huts and other temporary buildings on Crown land, local councils provided new houses. The compulsory demolition of ramshackle and insanitary cottages was under way by the later 1930s, and during the later 20th century many settlements came to be dominated by estates of council houses and bungalows. Today the statutory forest lies within the area of the Forest of Dean District Council and there are a number of hamlets, villages, and one town, Cinderford, which lie completely within the Forest.