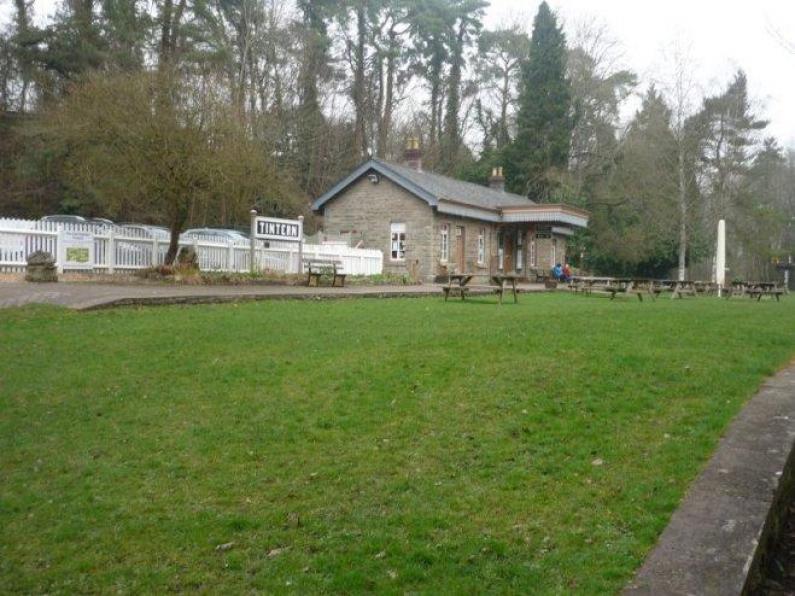 The Wye Valley Railway ran from Wye Valley Junction, near Tutshill on the South Wales Railway, to Wyesham Junction on the Coleford, Monmouth, Usk and Pontypool Railway at Monmouth, a distance of just over 13 miles. The Act of Incorporation was passed on 10 August 1866, but construction, by Messrs Reed Bros. of London, did not begin until May 1874. The line was opened on 1 November 1876, and was worked by the Great Western Railway from the start, although formal amalgamation with that company did not take place until 1 July 1905. Stations were provided initially at Tidenham, Tintern, St Briavels, and Redbrook-on-Wye, and halts were opened in 1927-32 at Netherhope, Brockweir, Llandogo, Whitebrook, Penallt, and Wyesham. Closure to passenger services occurred on 5 January 1959, and to goods in January 1964. The southern part of the line then remained in use as a private siding to serve Tintern and Dayhouse quarries, the last train to the latter running in September 1992. Poor to fair. Today most of the trackbed is still traceable, and the track remains in-situ as far as Tintern quarry; some sections are used by walkers. There are tunnels near Tidenham and Tintern, and bridges survive at Tintern (on the Wireworks Branch) and Penallt, but the only substantial station remains are at Tintern (now a visitors' centre) and St Briavels. (2001)