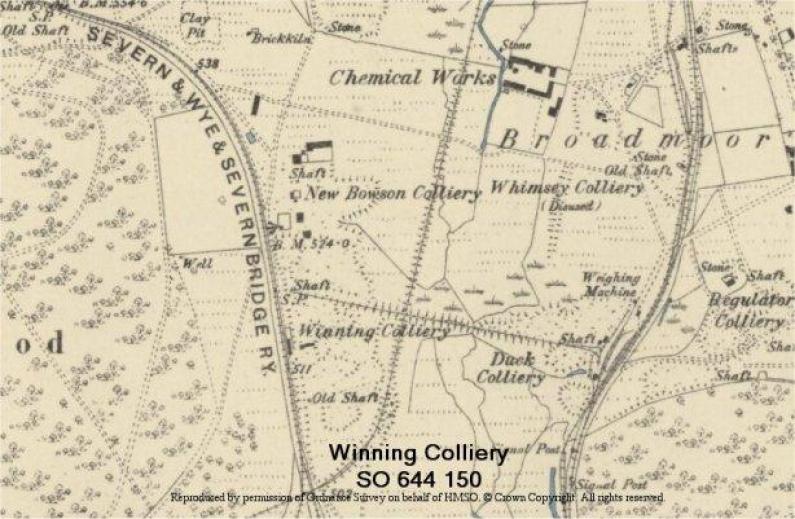 Winning or Winner Colliery formed part of Bilson Colliery and later part of Crump Meadow, all of which were originally owned by Edward Protheroe, with Aaron Goold acting as his agent. By about 1833 the two 390-foot shafts at Winning Colliery were the only ones of the four forming Bilson in use. A 30-inch steam engine was operating in 1841, when about 63000 tons of coal were raised, mostly from the Churchway High Delf Seam of the Supra-Pennant Group (Upper Coal Measures). The pit was alongside the Churchway branch of the Forest of Dean Tramroad, converted to broad gauge by the South Wales Railway in 1854. By 1864 the Churchway Seam appears to have been largely exhausted. However, the pumping engine may have continued in use in conjunction with Crump Meadow Colliery at least until 1878, with a tramroad from Duck Colliery being used to bring in coal for the boilers.