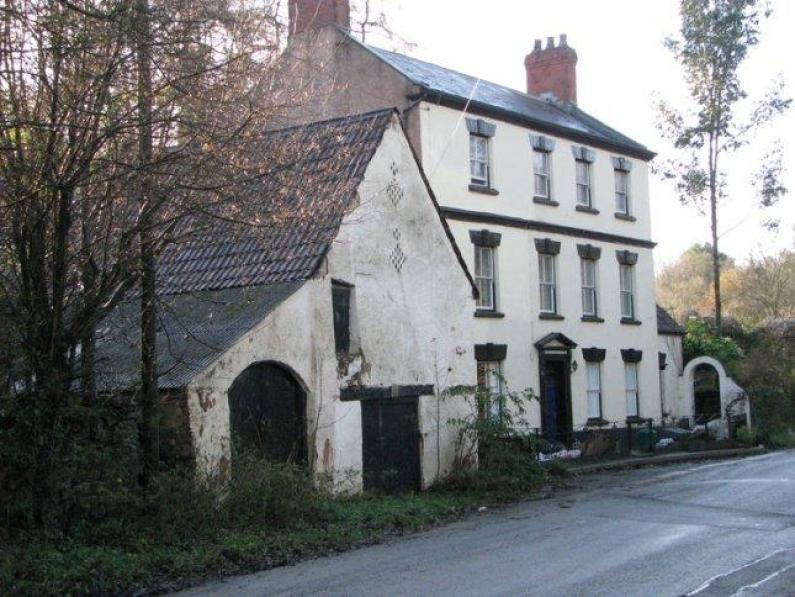 Whitecliff House, on the Coleford to Newland road, was built in the late 16th century, but by the end of the 18th century it had become derelict. Substantial rebuilding took plaace in the 1790s - its present front dates from that time - and a third storey was added sometime between 1810 and 1820. James Teague, an eminent owner of local iron and coal mines and formerly part owner of the Whitecliff Ironworks further down the road, bought it in about 1817, possibly from the Court family, intending to retire there with his wife. At the time Teague bought it it was described as a beautiful mansion and a most healthy place to live in, with trees and shrubs on the other side of the road, and a lawn and fruit trees at the back. However, Teague and his wife did not occupy it. He died in 1818 and left the houe to his three sons, Peter, James and Isaiah, with an option for Peter to acquire sole ownership if he paid the other two £100 each. Peter seems to have bought his brothers out, because he later moved into the house, leaving only shortly before he died in 1872. The owners of the house after Peter Teague have included the members of the Trotter family, a well known local family. For a time in recent years it was a guest house, but is now a private residence again.