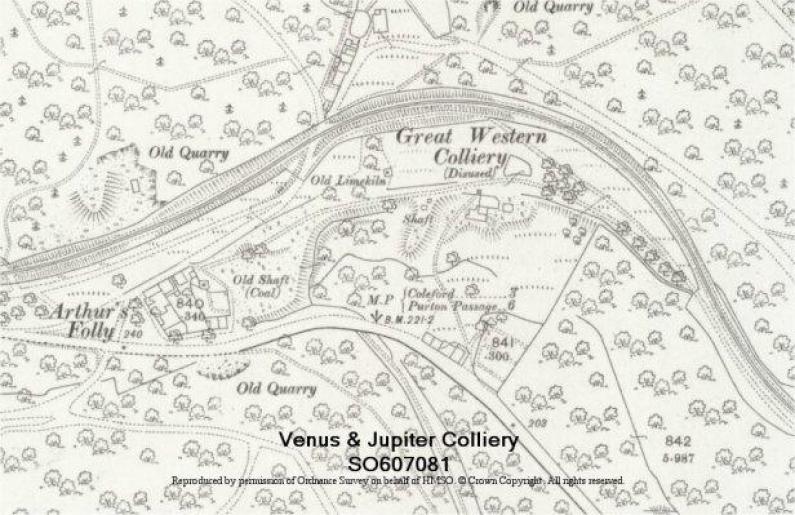 Venus & Jupiter gale was granted to George and James Baldwin in 1841, who sold it to Thomas Protheroe and Thomas Phillips. A pit (known at this time as Great Western Colliery) was sunk to the Yorkley Seam (Pennant Group), but little useable coal was found and there were major problems with water; the gale was surrendered in 1887. The Venus Colliery Co. Ltd was formed in 1895, but met with little more success and the company went into liquidation in 1900, the only coal produced having come from old workings. A siding from the Severn and Wye Joint Railway's Coleford branch was laid in 1895, but was removed around 1903. The gale passed to Princess Royal Colliery Co. Ltd in 1900. Very bad. The site is heavily overgrown and little appears to have survived. (April 2002)