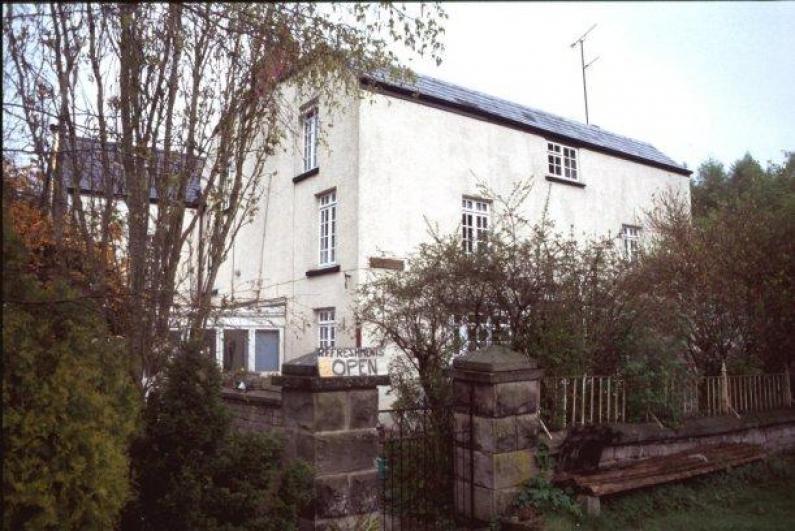 The Trafalgar gale was granted to Corneleus Brain in 1842, but work does not appear to have begun until about 1860. After 1867 coal from the adjacent Rose-in-hand gale was also worked. There were two shafts, worked by the same winding engine, through the Upper Coal Measures (Supra-Pennant Group) down to the Churchway High Delf Seam at a depth of 586 ft. A narrow-gauge tramway (Brain's Tramway) was soon built to the Great Western Railway's Forest of Dean Branch at Bilson, but after 1872 there was also a connection with the Severn and Wye Railway. The colliery was unique in Dean in being lit by gas, and electric pumps were installed underground in 1882, the first recorded use of electric power in a mine. Trafalgar was one of the larger pits, employing 800 men and boys in 1870, and producing 88794 tons of coal in 1880 and about 500 tons/day in 1906. However, the main dip roadway was unexpectedly flooded in 1919, and the colliery was bought by the managements of Lightmoor and Foxes Bridge Collieries to protect their own workings. It closed in 1925. Very bad. There are remains of retaining walls of the screens, the tip, and the tramway tunnel to Strip-and-at-it Colliery, all much overgrown. A pair of shafts is marked by two large rocks. Nearby Trafalgar House (still a dwelling) was the home of Sir Francis Brain. (Oct. 2002)