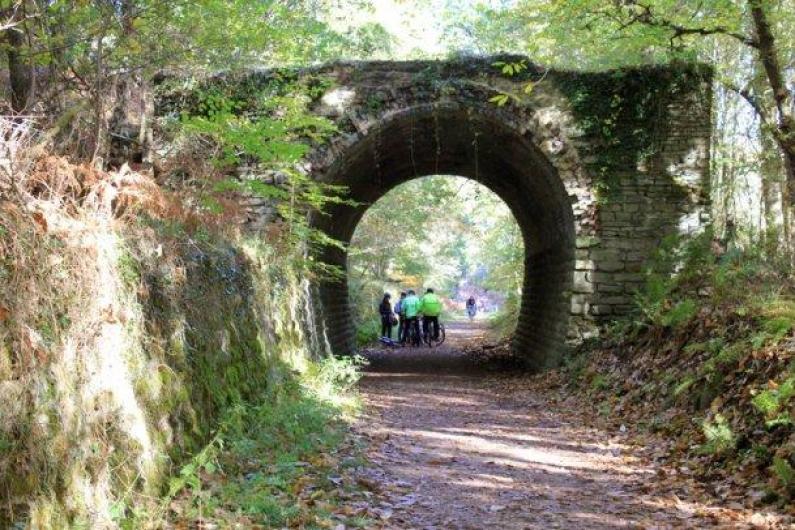 Between Serridge Junction and Drybrook Road, the Severn and Wye Railway ran close to the large spoil heap of Trafalgar Colliery. The line was protected by a stone retaining wall braced at one point by a brick-lined stone arch. This was built by the S&WR at a cost of about £200 in about 1878, after lengthy negotiations with the colliery company, who wanted to tip spoil on the other side of the line. It is uncertain whether or not the bridge was used for this purpose and tipping appears to have continued on the original site. In 1887 the retaining wall was damaged by a major slip. It was replaced by a stronger one in 1904, but this soon collapsed, and was eventually rebuilt. The bridge was renovated when the old railway trackbed became a cycleway. Good. The arch has been restored to as-new condition. (Oct. 2001)