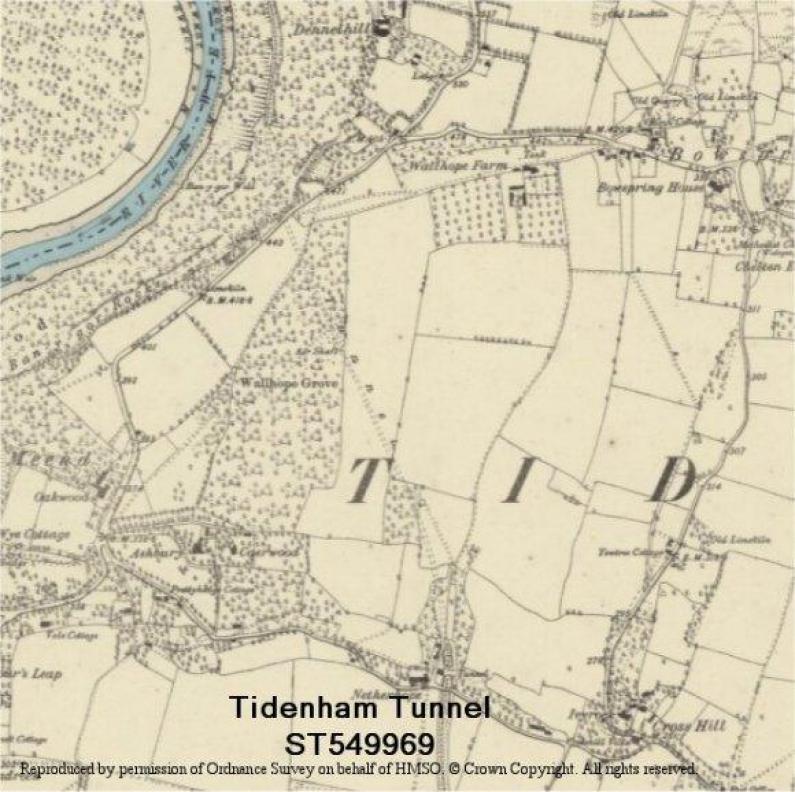 Tidenham (or Dennelhill) tunnel was the longest (1188 yards) on the Wye Valley Railway between Chepstow and Monmouth, and the 21st longest on the GWR. It took the WVR from the Wye Valley, southeast of Tintern, to Netherhope, near Tidenham. The contractors were Messrs Reed Bros. & Co. of London, and it took just under 20 months to bore, a remarkably good average of 6 feet per day. The tunnel was cut mainly through Carboniferous limestone, and the portals are surrounded by masonry. The WVR opened to traffic on 1 November 1876, and finally closed (to goods) in January 1964. However, the southern part of the line, including the tunnel, remained in use as a private siding to serve Tintern and Dayhouse quarries. The last train through the tunnel to Tintern Quarry ran in December 1981.