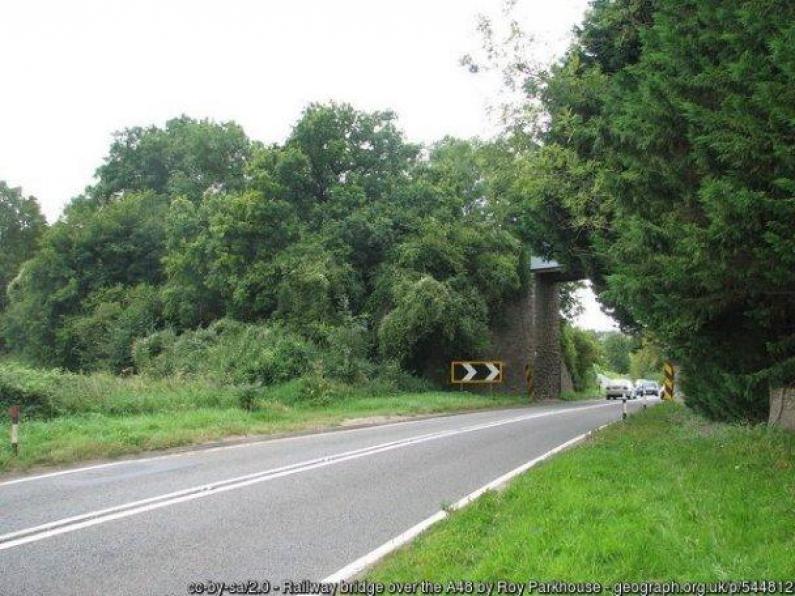 Tidenham bridge carried the Wye Valley Railway, which ran between Chepstow and Monmouth, over the main Chepstow-Lydney road, just south of Tidenham Station, and about ½ mile north of Wye Valley Junction with the South Wales Railway. It consists of an iron span, supported on two masonry abutments incorporating wing walls. The contractors were Messrs Reed Bros. & Co. of London, and the WVR opened to traffic on 1 November 1876. Although the line closed to through (goods) traffic in January 1964, the southern section remained open to serve Tintern and Dayhouse Quarries. The last train to the latter, which was just north of the bridge, ran in September 1992. The bridge underwent a major overhaul in 1978, when the main span was strengthened and the wooden sides replaced by metal.