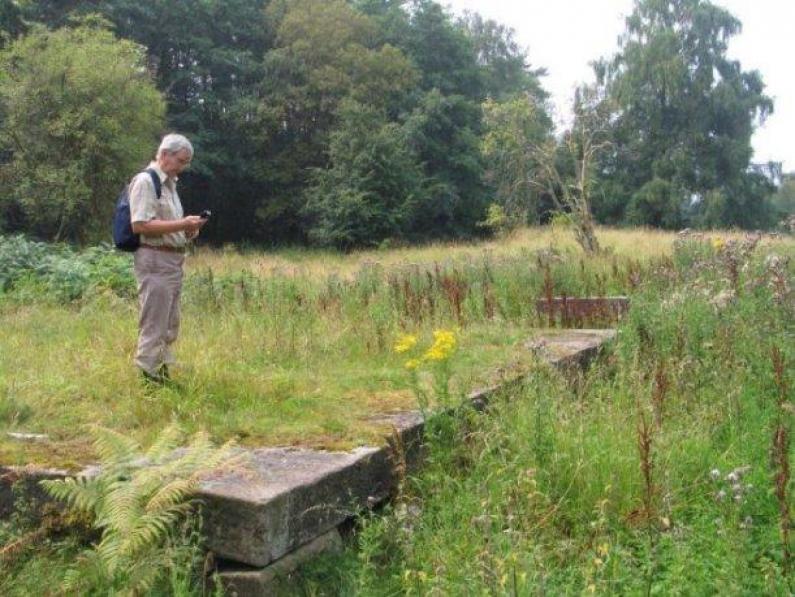 The Strip-and-at-it gale was worked by John Harris from 1832. Two pumping engines were in use by 1841, and production was 11502 tons in 1856. It worked the Rocky and Churchway Seams of the Supra-Pennant Group (top part of the Upper Coal Measures) through a 381 ft (in 1841) shaft, and was notorious for the thinness (20 ins) of its seams. Coal raising ceased in 1861 and the gale was surrendered to the Crown in 1864. It was then acquired by Corneleus and Francis Brain, owners of the nearby Trafalgar Colliery, who used the shaft for pumping (a 44-inch Cornish engine was working in 1880) and as an emergency exit. There was a spur to the Severn and Wye Railway's Churchward Branch by 1842, and this was connected by a short tunnel to Trafalgar Colliery in 1860, although the latter colliery soon had direct rail access to both the Great Western Railway's Forest of Dean Branch and the Severn and Wye Railway. Strip-and-at-it closed, along with Trafalgar Colliery, in 1925. Very bad. Concrete and stone foundations (possibly of the engine house and the tramway tunnel to Trafalgar Colliery survive. There are two filled-in shafts, at least one of which is stone lined. (April 2002)