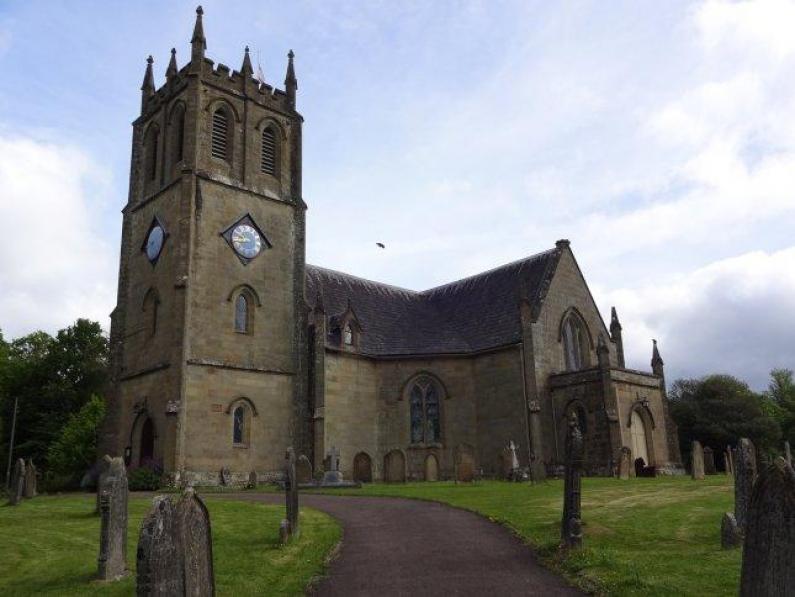 The first churches or chapels built within the statutory Forest, including St. Paul’s at Parkend, were built with some assistance from the Crown, acting mostly through the Commissioners of Woods, Forests, and Land Revenues. The Reverend Henry Poole designed St Paul’s Church and oversaw additional fund raising to enable the building of it. Designed in a Gothick style and built in 1822, the plan is unusual, being both octagonal and cruciform, the arms formed by the sanctuary, north and south transepts, and the west end of the church. There is a vestry at the east end, north and south porches, and an embattled tower at the west end. The central space has crossing ridge beams and diagonal ribs which meet in a central boss. The transepts and west end contained galleries and in the late 1890s, when much of the church was re-pewed, a screen under the west gallery was removed and the space below the south gallery adapted as a choir vestry. Among the original fittings still remaining are the wooden gallery fronts, reredos, pulpit and font. The organ, in the west gallery, incorporates part of an instrument built for Salisbury cathedral in the early 18th century. Edward Machen gave a bell, cast in 1831 by Thomas Mears, and a clock. A set of eight tubular bells was installed apparently as a memorial to the dead of the First World War.