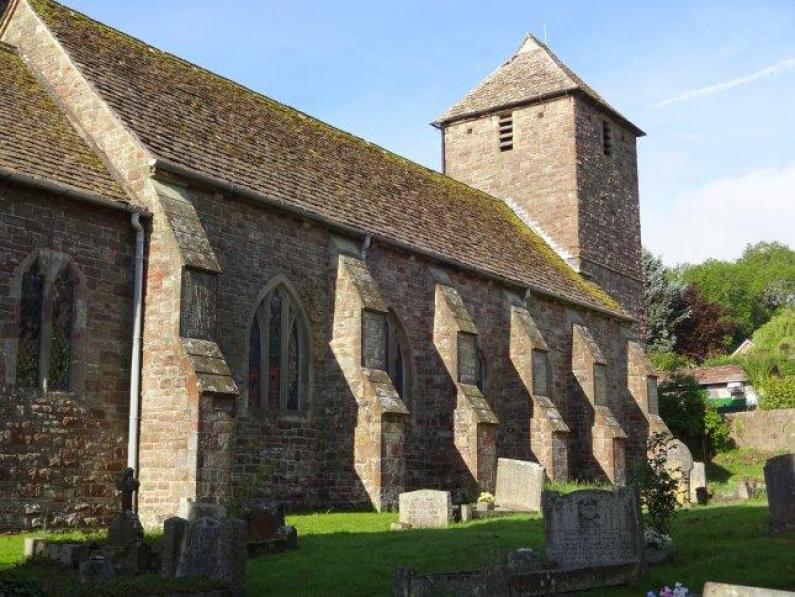 The original church dated from the early 14th century was built at Chapel Hill, Aylburton, and moved lower down the hill to the present site in 1855 / 6. It was rebuilt using original materials, which are mainly 14th Century. The church consists of a nave, chancel, south aisle, porch, and tower. There is a south arcarde consisting of five bays. It has a stone pulpit dating from 15th Century and the font is possibly Norman.