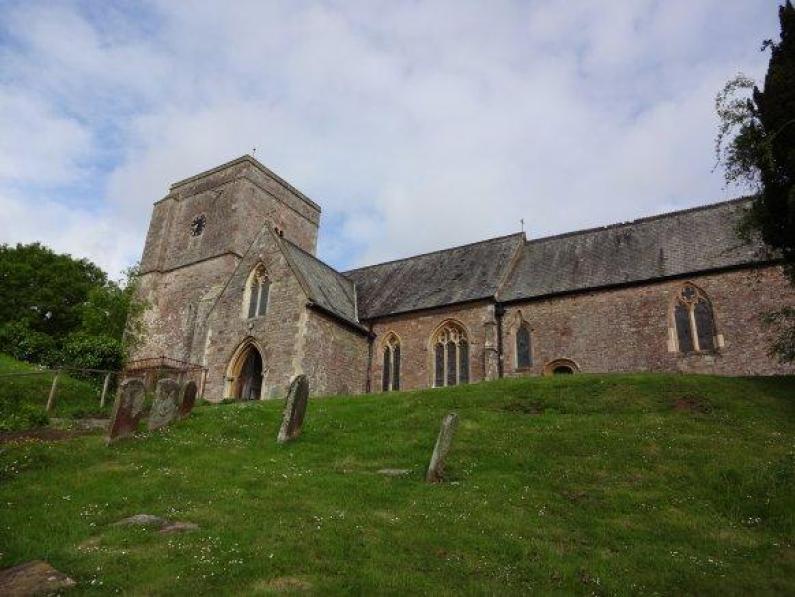 The large Early English (13th century) west tower has, in the past, served as a beacon for navigation in the Severn estuary. The wide north aisle has three lancet windows with trefoil heads and an original doorway in its north wall, and the easternmost bay of the arcade has a 13th-century arch. The south doorway is typical of the later 13th century. The four westernmost bays of the arcade and the tower arch may have been reconstructed in the 14th century. There is no chancel arch; the separation from the nave was formerly effected by a screen which was removed in about 1810. The south wall of the church has four 14th-century windows, and one later window, although most of the tracery has been renewed, presumably at the mid-19th-century restoration. The east window has also evidently been renewed. The south chancel doorway is apparently of a fairly late date. The aisle has a trussed rafter roof, perhaps dating from the 14th century; the stone corbels which supported an earlier roof still survive above the arcade. The chancel roof appears to have also been originally of the trussed rafter type, but later strengthened. The arch-braced collar-beam roof over the nave appears also to date from the 19th century. In 1858 the church was heavily restored by John Norton. The church has a Norman lead font, one of six Gloucestershire fonts from the same blocks, another of them being made for the neighbouring church of Lancaut. The bowl is ornately decorated in relief, but the base is modern. In the east wall of the aisle there is a cusped piscina, and a rood-loft entrance survives between the first and second bays of the arcade. In the north wall of the chancel are what appear to be the remains of a tomb-recess.