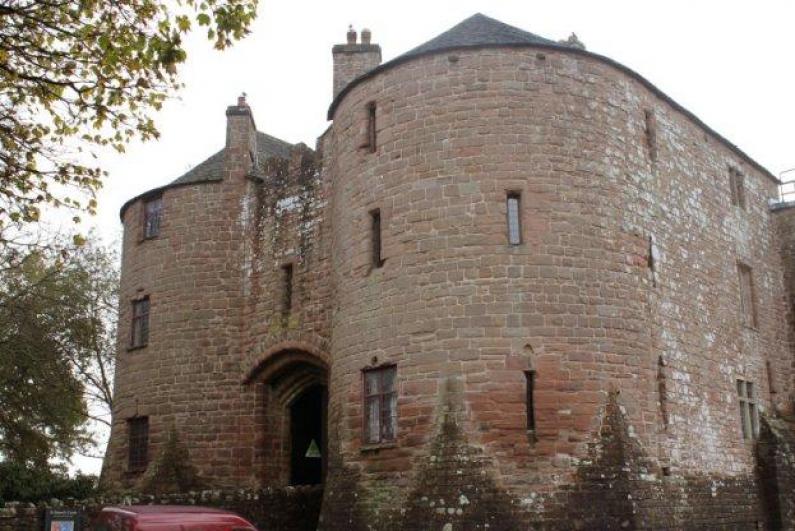 St Briavels Castle stands in the village of St Briavels on the edge of a ridge about 200 yards above the River Wye. It does not seem to have been built to repulse attacks from the Welsh on the other side of the Wye, but to assert the authority of the English Crown over the local people. Tradition had it that the castle was built by Milo FitzWalter, Sheriff of Gloucester, at the beginning of the 12th century. Little is left of the original structure, and there has been much re-building over the years. At the beginning of the 13th century there was a domestic extension which included the royal apartments where King John stayed when he visited the Forest to go hunting. Henry III and Edward II also stayed at the castle. A mediaeval dungeon, a fine 13th century keep gateway and a 13th century domestic range and fireplace have survived. The castle was the headquarters of the Constable of St Briavels and the Warden of the Forest. Milo was its first Constable. The hundred leet (court) and a court for civil actions were held there. There were also a forge, where cross-bow bolts were made, and an arsenal for locally manufactured weapons. The courts and gaol ceased to function in 1842. The Crown took the castle in hand in the middle of the 19th century. The moat was drained. The courtroom was used for some years as the parish school and other parts were let as dwellings. Later, until 1939, it was let as a private dwelling, and after housing an evacuated school during the war it was let in 1948 to the Youth Hostels Association.