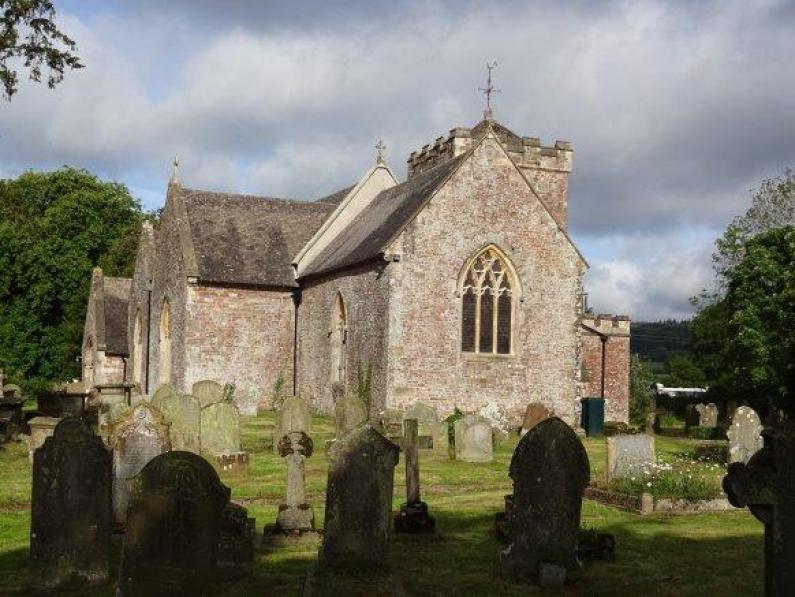 Built of Old Red Sandstone, the church consists of chancel, nave, south aisle, north tower, and south porch. Originally a Norman church with a circa 13th century tower, it was rebuilt in 1859 by J.W Hagnall. A new aisle was added by John Briggs in 1839, but was probably remodelled when the north vestry was added in 1903. The porch has a Norman style entrance and south doorway. The south aisle contains columns of polished granite, and elaborately capitals carved with foliage. The font is a plain 14th century octagonal bowl mounted on a modern pillar and plinth. The screen was moved to Woolaston from the Church of the Venerable Bede in Sunderland. The pulpit dates from about 1750 and was brought to the church from Claycoton, Northanptonshire in 1966.