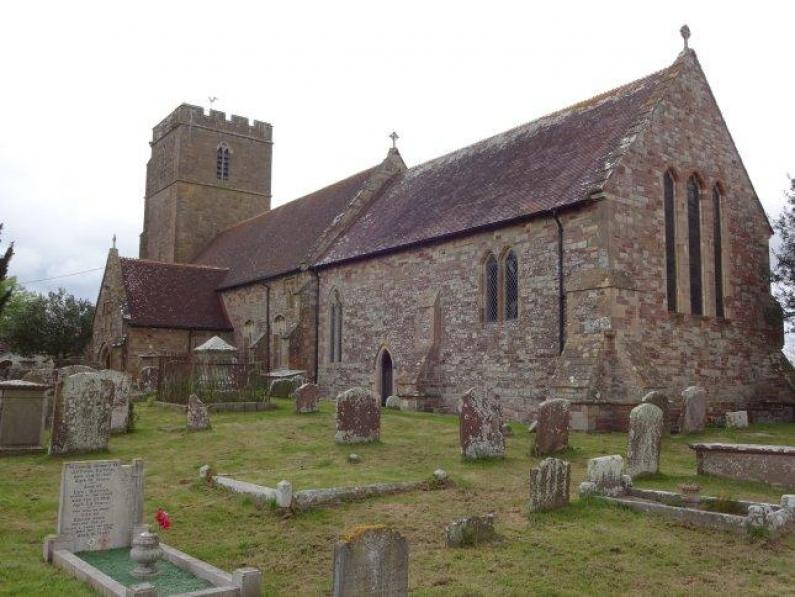 St Andrew’s is built of coursed rubble and ashlar and comprises chancel, nave with north aisle and south porch, and 15th century west tower, which is embattled and has three stages divided by string courses. The church was rebuilt in the mid 13th century as a large building with a long chancel and a nave and north aisle of six bays with round piers. The aisle is a little earlier in style than the chancel. The porch was added in the 14th century and the upper part of the tower was reconstructed in the 15th. Several of the windows were added in the 15th century, though they were much restored in the 19th. The church was restored in 1875 under F. S. Waller and son, the works included re-pewing and refitting and the reconstruction of the roofs of the nave and aisle. The octagonal font is believed to be of the early 15th century, and there is a 15th-century oak rood screen, its lower part renewed. A niche which survives over the south door once contained a statue of the Virgin Mary. A massive, roughly hewn dugout chest stands under the tower, which was believed to have been used for laying out bodies recovered from the River Severn. A ring of six bells was cast for the church by Abraham Rudhall in 1712; the treble was recast by Thomas Rudhall in 1775 and the second and tenor by John Rudhall in 1821.