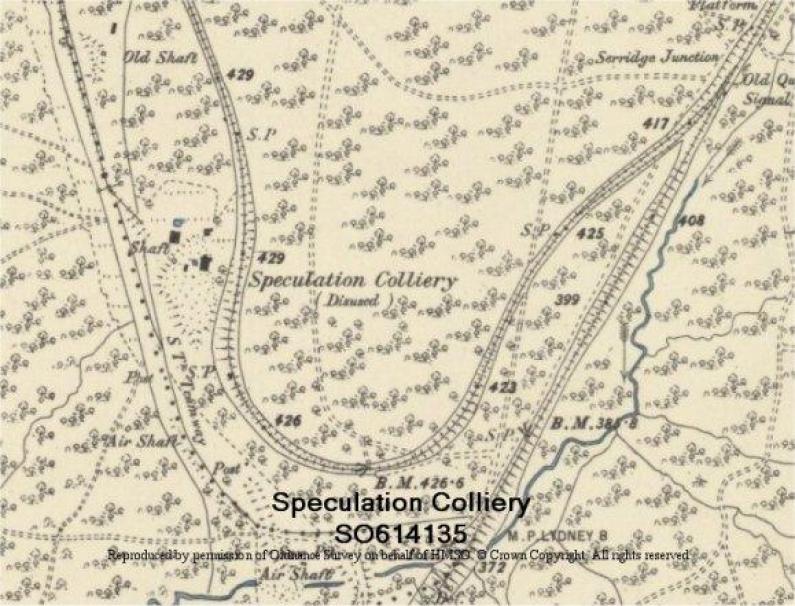 Speculation Level was galed to the Morrell brothers in 1841, but no work was done and it passed to Corneleus Brain around 1847. Shaft sinking was well underway by 1853 and the Churchway High Delf Seam in the Supra-Pennant Group was eventually reached at a depth of 308 ft. By 1877 a siding connecting with the Severn and Wye Railway had replaced an earlier tramroad connection. 18694 tons of coal were produced in 1880. The colliery was leased by the Wye Colliery Co. from about 1873 to the late 1880s, when it passed back to the Brain family and was then worked by the Trafalgar Colliery Co. Ltd. At this stage, the 14-inch pumping engine may only have been used to help keep Trafalgar dry. When the latter colliery unexpectedly flooded in 1919 and was bought by the managements of Lightmoor and Foxes Bridge Collieries to protect their own workings, the Speculation gale was also transferred. It was surrendered after closure of Trafalgar in 1925. Very bad. The site is now a picnic area and the adjacent railway a cycle track. Only the levelled tip and a filled-in shaft remain. (April 2002)