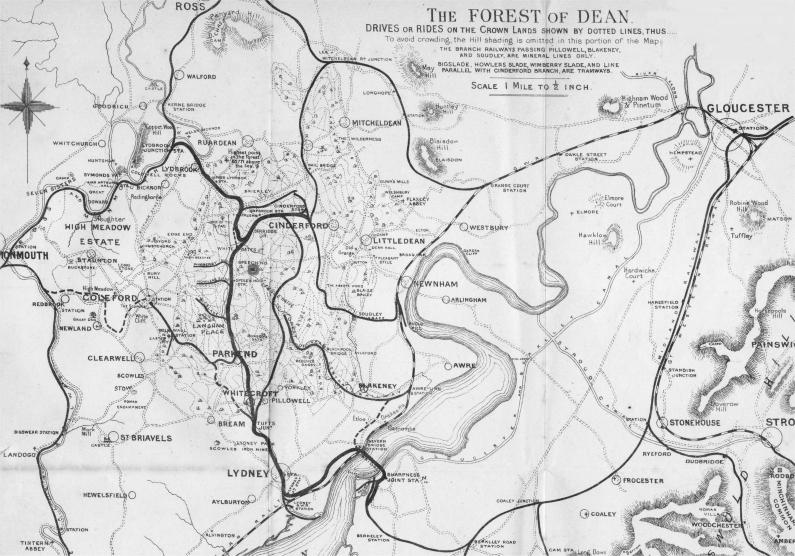 The rapid economic development of the coal and iron mining industries during the late 18th century led to demands for improved transport links from the Forest to the Rivers Wye and Severn, where the coal and iron ore could then be transhipped for the onward journey to the customer. 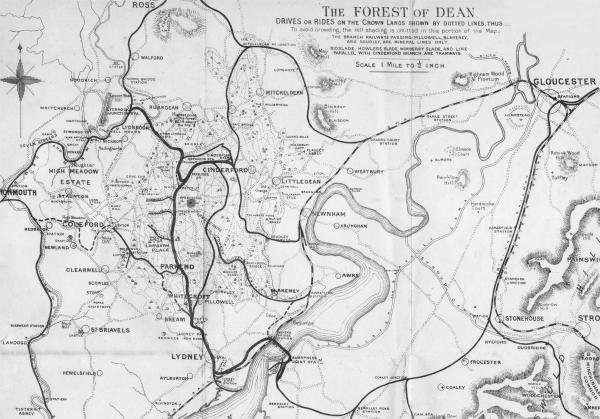 After an earlier attempt by James Teague to introduce a tramroad in the Forest was thwarted by the authorities, between 1809 and 1812 three horse worked cast iron tram roads were successfully constructed which later formed the basis of the railway system that subsequently emerged in the Forest.

The Severn & Wye Railway &amp; Canal Company developed a tram road which linked the two rivers between Lydbrook and Lydney on the western side of the Forest, with associated branch lines. Horse power was succeeded by locomotives in 1864, a temporary broad gauge railway was laid up to Mireystock in 1868, before standard gauge extensions were begun in 1869. In 1879 the Severn & Wye Railway & Canal Company amalgamated with the Severn Bridge Railway Company, before the merged companies were taken over by the Great Western Midland Railway Companies in 1894.

The second tram road was built by the Bullo Pill Railway Company and was designed to run from Churchway Engine via Broadmoor, Coal Pitt Green, Cinderford Tump, Ruspidge Meend, Sewdley Coppice, Sleepers Hill and Bradley to Bullo Pill. The line included a pioneering 900 yard tunnel under Haie Hill which was reported completed in Hereford Journal of 20 th September 1809; “the tunnel is completed to the Forest of Dean, which is connected with the River Severn, and a channel thus established, by which the valuable productions of the Forest may be brought to market with a feasibility hitherto unknown”.

The third tram road was built by the Monmouth Railway Company to link Coleford and the Forest with Monmouth, and opened in 1812. The Coleford, Monmouth, Usk and Pontypool Railway Company purchased most of the line in 1853 but did not convert the tramroad into a railway. This was latterly done by the Coleford Railway Company in 1883. The line was relatively short lived and closed in 1916.

Later developments in the Forest railway system included the Forest of Dean Central Railway Company which was created under an Act of Parliament in 1856. The line was originally meant to link Foxes Bridge with Brimspill on the River Severn east of Blakeney. However the line was ill fated and eventually served only to connect New Fancy colliery with the South Wales main line via a junction at Awre.

The Decline & Fall of the Forest Railways

The Forest railway system primary function was always the carrying of freight traffic, with passenger traffic being of secondary importance. In fact passenger traffic on the Severn and Wye line ceased in 1929, way before the effects on the railway system of the Beeching cuts in the 1960s. Improved road connections and the decline of the mining industries also conspired to undermine the economics of the Forest railway system, and today only the main line between Gloucester and Cardiff exists with the only local station surviving at Lydney.

Additionally the Dean Forest Railway has preserved the former Severn and Wye Railway for at least part of its length and operates services between Lydney Junction and Parkend.