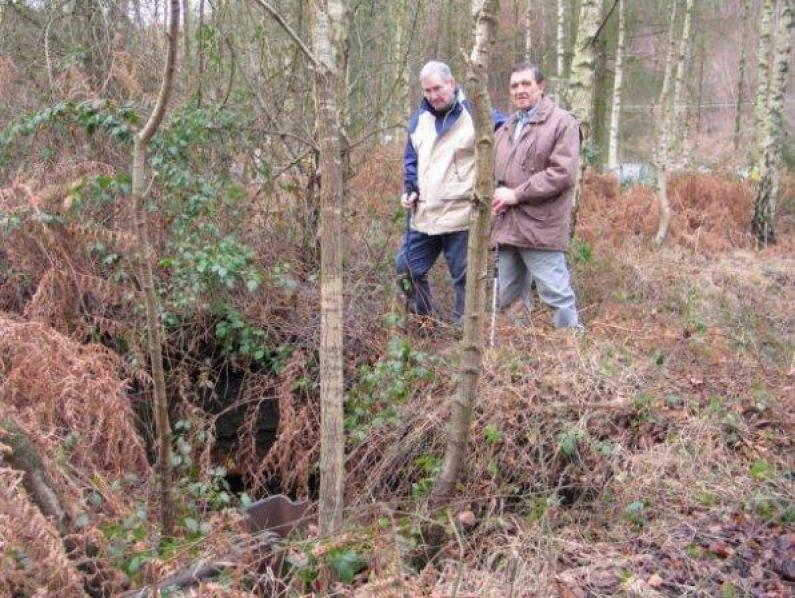 This was first galed to the Priest brothers in 1842, but did not prove very profitable and had a succession of owners before the Princess Royal Colliery Co. Ltd was formed in 1891 to work both Princess Royal (Park Gutter) and Flour Mill. The Severn and Wye Railway's Oakwood Branch was extended to the Park Gutter pits at Whitecroft in 1890-1891, although raising of coal, mainly from the Yorkley Seam of the Pennant Group (middle Upper Coal Measures), through the Park Gutter shaft did not begin until 1897. Under the Forest of Dean (Mines) Act of 1904 several gales were amalgamated to be worked by the company. In 1914-15 the Park Gutter shaft was deepened to allow working of the Coleford High Delf Seam (reached at 617 ft), and a dipple was driven down to a depth of 1500 ft. An underground connection was made to Flour Mill in 1916, although coal continued to be raised there until 1928. In 1925 water from Norchard burst into Princess Royal and in 1930, after a lengthy legal battle, a controlling interest was obtained in that colliery. In 1938 the steam winding engine was replaced by an electric one, and the electric pumps were removing about 2700 gallons water per minute. Annual output of coal in the 1930s was around 300000 tons, with a peak employment of 1300 men. Underground developments in the 1950s were not successful, and the colliery closed on 30 March 1962. Poor. The brick-built pithead baths and offices (semi-derelict), and remains of the tip survive. (Oct. 2002)