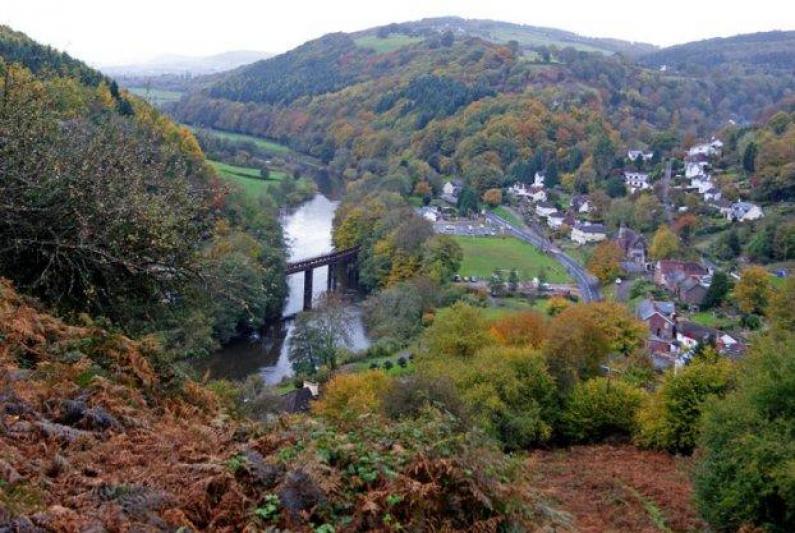 Penallt viaduct is situated on the former Wye Valley Railway, which ran from a junction with the South Wales Railway near Chepstow to Monmouth. It carried the single track of the railway over the River Wye from Penallt (Wales) to Redbrook (England) and was built on a slight curve. With an overall span of just over 300 feet, the viaduct is a plate-girder structure supported on four pairs of cast-iron columns filled with concrete. The contractors were Messrs Reed Bros. & Co. of London. Together with Redbrook-on-Wye Station, just to the north, the viaduct was opened with the rest of the line on 1 November 1876. Penallt Halt, near the southern end of the viaduct, did not open until 1 August 1931. The line was closed to passenger services on 5 January 1959, and to goods in January 1964. Today the viaduct continues to provide essential pedestrian access, on a footway attached to the upstream girders, across the river, notably to The Boat Inn. Good. The viaduct is still complete, although now only used by pedestrians. (April 2002)