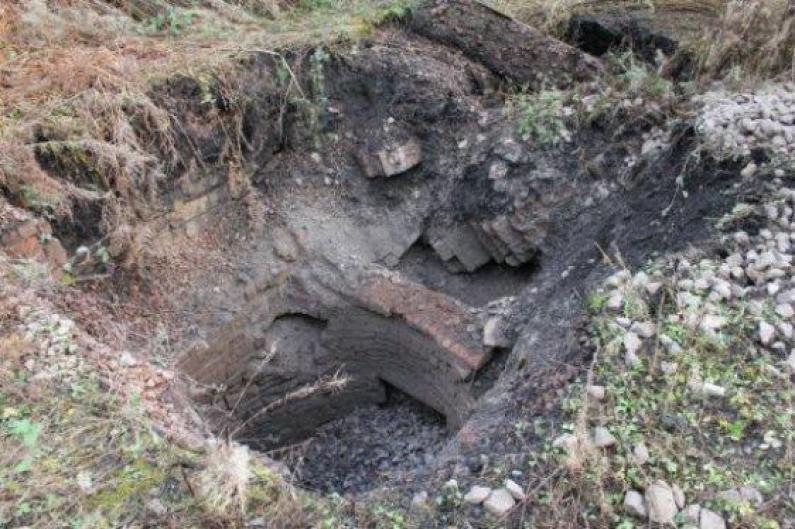 Edward Protheroe was one of the biggest coal owners in the Parkend area, having interests in the Parkend gale from around 1820 until his death in 1857. By 1827 his pits included Park End Main, Park End Royal, and Castlemain, as well as New Fancy, a mile to the northeast. Production from the Parkend pits was 31364 tons of coal in 1841, 57266 tons in 1845, and 86973 tons in 1856, the latter being the highest in Dean that year. The pits closed in 1880, following a slump in the coal trade, but under the management of Thomas Deakin they were soon prosperous again. Working was integrated with that of New Fancy Colliery, the combined output averaging 80000 tons/year in the 1880s. A rail connection was made in 1887 by extending the Furnace branch of the Parkend ironworks (the Parkend Royal branch), which joined the Severn and Wye Railway near Coleford Junction. Parkend had one pumping shaft (Castlemain, 476 ft deep) and two other shafts (Parkend Royal, the deeper being 590 ft). Pumping was carried out by a 72-inch Cornish engine, installed in 1877. The workings were in the top part of the Upper Coal Measures (Supra-Pennant Group), which includes the 3 ft-thick Parkend High Delf Seam. Although Parkend itself ceased to produce coal in 1929, it remained connected underground to New Fancy to provide an emergency exit, with Castlemain shaft used for pumping and ventilation, until final closure in 1944. Poor. Brick foundations, with protruding metal rods, survive near the site of Castlemain shaft, but the site of Parkend Royal is now a forestry depot. The mine offices survive, now called Castlemain Mill, and the manager lived at Parkend House. There are extensive overgrown tips. (Oct. 2002)