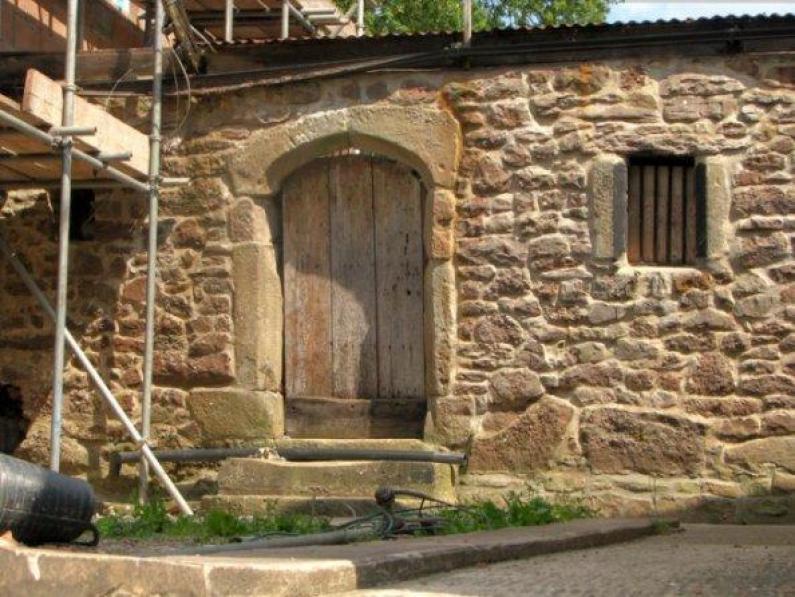 Kennel Barn stands on the road from Coleford to Newland on the section between the turning to Highmeadow and the T junction with the Clearwell to Newland road. It is on the left hand side of the road going towards Newland. The building was converted to a dwelling house in about 1995, and until then was a barn, used as a kennel. The original farm of which the barn was a part stands next to it. It is derelict, but is being renovated. The outbuilding is the only part of the farm buildings which is architecturally interesting. It has two small windows, one with iron bars, making it look like a gaol. Between the windows is the building's outstanding feature, a wide stone doorway with an arched lintel, early Gothic, almost Norman. It was probably built in the early 16th century, the same time as the farm and the barn.