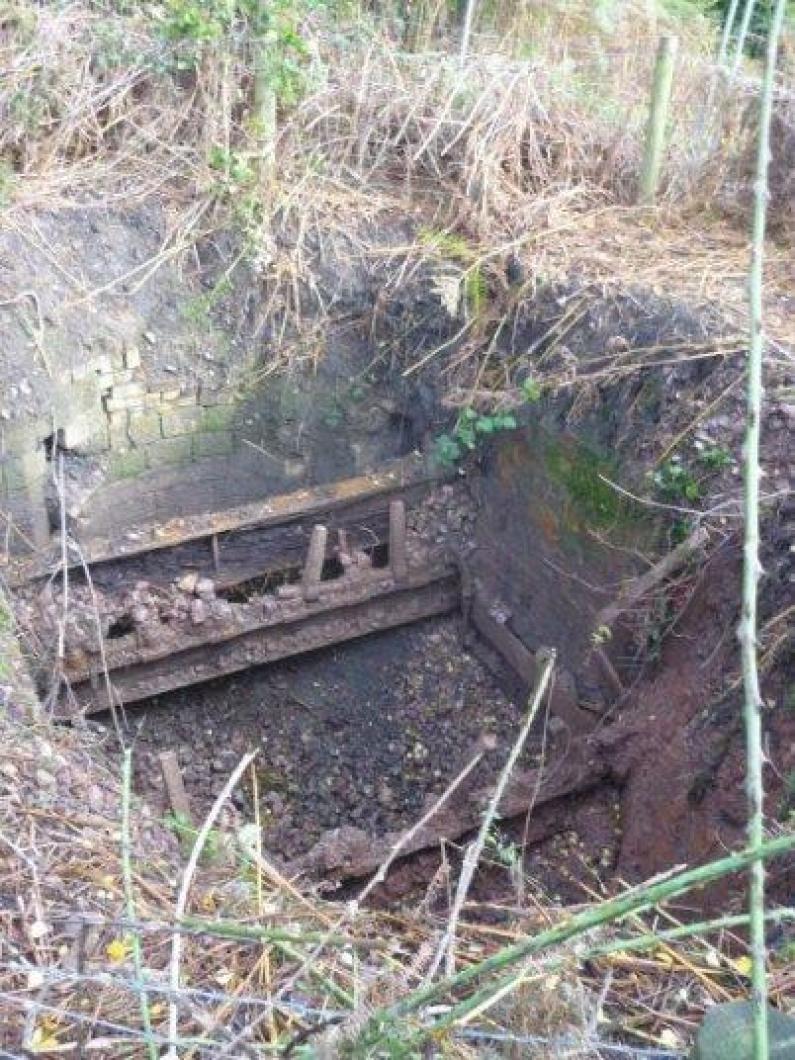 John and then Edward Protheroe appear to have had interests in the New Fancy gale since the early 1800s, and it was certainly being worked by the latter in 1840 through the Parkend gale. Shaft sinking at New Fancy began in about 1852 and 250 tons/day of coal were being produced by 1860. From about 1888 coal from the Parkend gale was raised through New Fancy. The colliery worked the top part of the Upper Coal Measures (Supra-Pennant Group), but the seams are generally thin, only the Parkend High Delf (at a depth of 861 ft) reaching 3 ft. Because of this, compressed-air coal cutters were introduced as early as 1884, one of the first such installations in the west of England. Electric pumping, haulage, and coal cutting equipment was installed in 1914. Production of coal was about 500 tons/day in 1906 and there were 694 employees in 1922. New Fancy was connected to the Severn and Wye Railway's Kidnall's Mill branch in 1859, and a competing branch of the Forest of Dean Central Railway was completed in 1869; however, traffic was soon diverted onto the Severn and Wye's mineral loop, which opened in 1872. The output of New Fancy steadily declined until closure in August 1944. Very bad. The stone retaining wall of the screens, part of the associated sidings, a chimney base, and a capped shaft survive, while the landscaped tip is a scenic viewpoint. (Sept. 2001)