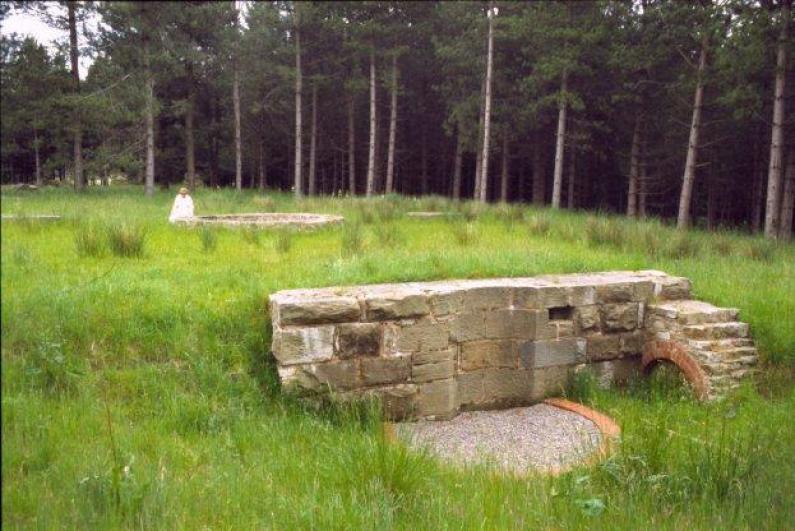 Although the Bowson deep gale was granted to Cornelius Walding in 1843, serious development was not begun until 1864, when the Great Western Deep Coal Co. began sinking two shafts. The work, the first attempt at deep mining in the Forest, was hampered by a dispute with the owners of the nearby Winning Pits, accidents, constructional problems, and finally water ingress. A second-hand 85-inch Cornish beam pumping engine was installed in 1869, but did not prove successful. One shaft reached a depth of 865 ft, through the Supra-Pennant Group (with the Churchway High Delf Seam) to below the Yorkley Seam in the Pennant Group (Upper Coal Measures), but little or no coal appears to have been won; nevertheless, sidings connected to the Churchway Branch of the Great Western Railway's Forest of Dean Branch were constructed. In 1904, under the terms of the Dean Forest (Mines) Act, the New Bowson and East Dean Deep gales were to be amalgamated with the Holly Hill United and Richard Whites gales to form the Northern United deep gale. This was acquired by the Lydney and Crump Meadow Collieries Co. Ltd in 1907, but little work was done at New Bowson, and the site was ultimately abandoned in 1925. The Northern United gale was sold to Henry Crawshay & Co. Ltd in 1932, and this company went on to develop Northern United Colliery, a short distance to the northwest. Very Bad. Some concrete and brick foundations survive and a circular stone and steel structure (probably a shaft collar) and the lower part of a stone building (possibly an engine house) have been restored. There is an information board which is part of the Cinderford Linear Park. (June 2002)