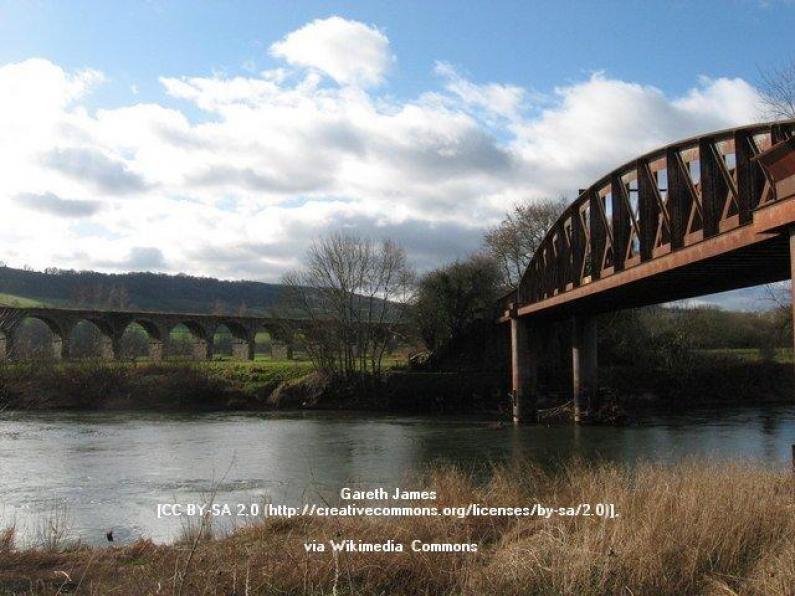 The bridge which later carried Wye Valley Railway trains over the River Wye from Monmouth Troy station to Chepstow was built by the Coleford, Monmouth, Usk and Pontypool Railway, as part of a short extension from Monmouth across the river to connect with the Monmouth Railway (a horse-drawn tramroad from Coleford) at Wyesham Junction. The CMU&PR was leased to the West Midland Railway in 1861, the year in which the bridge was built. It consisted of a single lattice-girder deck bridge, 46 m long, with a fine 183 metre-long, 20-arch masonry approach viaduct on the Monmouth side, and a 20 metre-long, twin-arched bridge at the Wyesham end. The contractor was Joseph Firbank. Initially used only for goods traffic, it was not until the WVR was opened on 1 November 1876 that the bridge saw a reasonable amount of use. The WV line was closed to passenger services on 5 January 1959, and to goods in January 1964, after which the iron span was removed.Evidence: structure.