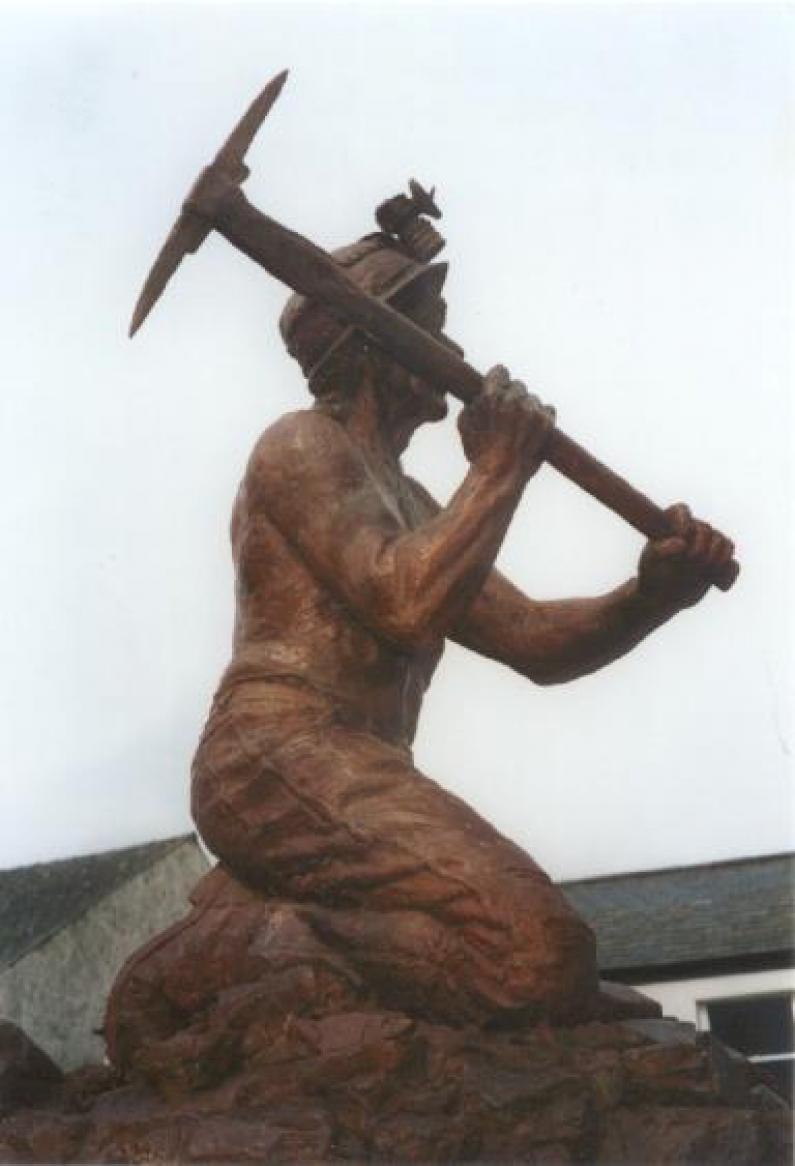 The Unique Geology of the Dean

The Forest of Dean’s rich industrial history is a direct result of its geology, lying in a basin formed by carboniferous strata and almost coterminous with fields of coal and iron ore. The geomap at New Fancy provides a map describing the geology of the Forest and the location of the more important coal and iron mines.

The ore deposits were exploited by the Romans, and supplied local ironworkers by the later 11th century. Ore was extracted from the limestone outcrops by surface workings, known locally as scowles. From the late 16th century Forest ore and cinders supplied blast furnaces into Herefordshire and Monmouthshire. In the 18th century furnaces near the Forest depended increasingly on ore from Lancashire and regular ore mining in the Dean ceased. It was briefly revived in the mid 19th century to supply local ironworks. But water was a constant problem and accessible deposits of ore were mostly exhausted by the early 20th century. A few ore mines were reopened during the First World War but ore mining finally ended soon after the Second World War.

Coal outcrops in the Dean were traditionally mined by short drifts and by small pits, and the expertise of the Dean&#39;s miners meant they were frequently conscripted as sappers as early as the 1220s. Tradition states that the code of customary mining law under which Dean miners enjoyed many privileges, was acquired from the Crown in return for their services in the Scottish wars of the 14th century. By 1464 the Crown also regulated mining in the Dean through the office of gaveller, with the role of deputy gaveller still active today. In 1668 the Reafforestation Act confirmed the miners’ traditional privileges in law, when the right or freedom to mine was restricted to native residents of St. Briavels hundred, a requirement still in place today.

In the early 17th century minerals were carried out of the Forest by cart, and loaded on boats and barges on the rivers Wye and Severn. By the mid 18th century much trade went through Lydbrook on the Wye and many outlets on the Severn including Lydney Pill and Newnham.

The coal industry expanded through the late 18th and early 19th century and with it came many ‘foreigners’ (non natives of the Dean), who opened or amalgamated mines in partnership with free miners. By the 1820s foreigners operated nearly all the large mines, with Edward Protheroe, David Mushet and William Crawshay amongst the dominant figures at that time. This was also the time when the large coal mines were run on a 'little butty' system, with each stall developed under contract by a collier and his mate, the buttymen, who employed four or five men or boys on a daily basis. Most coal was sent to markets outside the Forest but large amounts were used by local industry.

Coal production increased during the first half of the 20th century, declining during the 1930s, together with the number of jobs in the industry. But about 1934, many miners found work in a new deep mine, Northern United, which H. Crawshay & Co. began sinking north-west of Cinderford. The introduction of new deep mines meant that coal mining remained the principal source of jobs in the Forest, employing about half of the adult male population.

The Decline of the Industry

Following nationalization of the coal industry in 1946 annual production continued to decline and mining ended in the Dean with the closure of Northern United in 1965. There were some short lived attempts at opencast between 1965 and the 1970s.

The free miners' rights were not abrogated by the nationalization of the coal industry in 1946 and some small pits continue to be worked privately under grant from the deputy gaveller.

There were over 600 recorded deaths in the mining industry in the Forest. These men are commemorated by the Miners Memorial at the New Fancy site.

Posted in Learn about the Forest; Tagged Mines & Quarries;