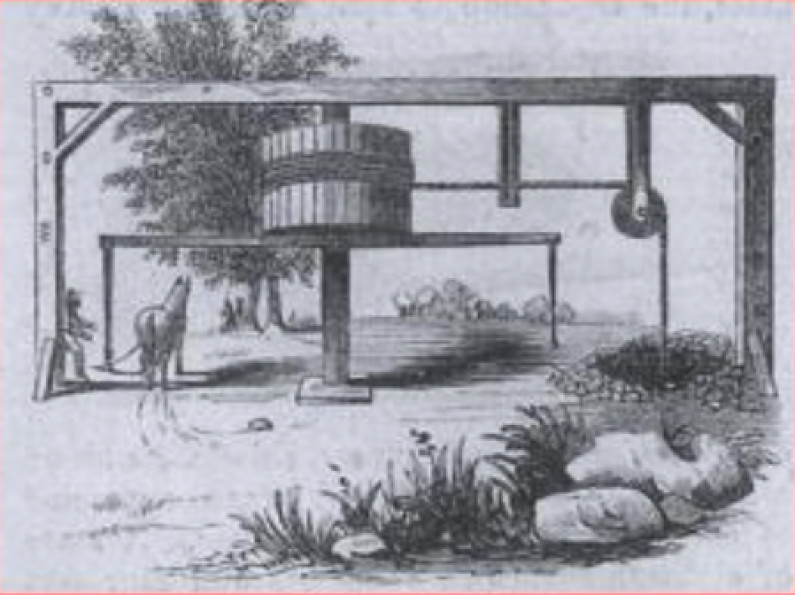 The Forest of Dean has a rich and distinct industrial history. Coal was recorded as being dug in the Forest in the mid 1240s, but its extraction was of secondary importance to iron ore mining until the 17th century. The mining and ironmaking industries were at their peak in the 19th century. In the 20th century deeper mining was abandoned as reserves of ore and coal became uneconomic to work, and jobs in mining and heavy industry largely disappeared to be replaced by other forms of employment.

In the mid 19th century, it was said there were more men working below ground than there were working above, and as late as the 20th century, when there were still large pits operating in the Forest of Dean, coal mining remained the principal source of jobs, employing 55 per cent of the adult male population, 84.5 per cent in the Cinderford area.

Today the tradition of mining is still carried on within the statutory Forest by a small group of Free Miners, operating a handful of small collieries, one iron mine and eight stone quarries.

Over the course of the years the miners developed a unique working vocabulary. Specific technical words or jargon formed part of the language used by miners at work. The use of this distinctive language in the mines helped strengthen the unique bond which existed between the miners. Although there are technical words specific to the mining industry which were in common use throughout the country, there are also words or phrases which were unique to a specific mining region or community. 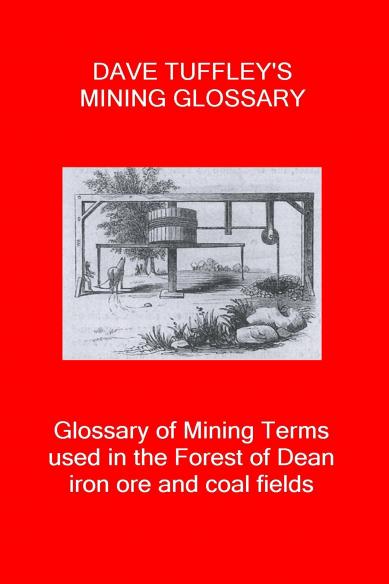 Dave Tuffley, a leading member of the Forest of Dean Local History Society, has a long term interest in the history of the local mining industry. For over 25 years he has researched mining accidents in the Forest of Dean coal and iron ore fields by examining local newspapers, coroners’ records and cemeteries.  As a result he has recorded the details of hundreds of accidents in local mines and quarries. During the course of this research he has also come across many unique expressions and words that apply locally in our mines.

The results of his research into mining terms used in the mining operations in the Forest of Dean iron ore and coal fields have been collated into the ‘Glossary’ which you can download from this page.

The Glossary is intended to be a ‘living’ document so if you know of any mining terms not included, or would like to make a comment, please use the feedback form to contact Dave.

There is a certain urgency in recording as many of the mining terms as possible, because, to quote Dave Tuffley; “Most of the Forest miners who worked for the National Coal Board are in their late 70 to 80's and once they have gone there will be no one to ask for this information.”

If you want you can download the Glossary or read some extracts below.

Extracts from the Glossary

Bread Time:- The name for the miner’s lunch break generally about 20 minutes long in Princess Royal and in the southern part of the Forest coal field. 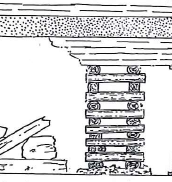 Cogs:- These were stacks of approximately either 6 inches diameter or  6 inch square by 24 inches long oak timbers, each pair laid at right angles to the pair underneath. The cogs stacks were layered in several rows parallel to the face. As the face advanced the cogs nearest the gob were removed and re-laid close to the face again and the roof allowed to gradually collapsing behind the last row. Cogs could be filled with dirt and rocks if they were to be left as a permanent support.

Collier’s Squat:- Pronounced locally as “Qwat”.  The miner nearly always sat back onto his heels when stopping to talk to someone. This was due to the narrow House Coal seams making standing up nearly impossible. The name also applied when miners met in the street and persisted with this stance, even when it was not necessary. This now no longer seen in the Forest of Dean.

Daddicky or Dadducky:- Rotten, beyond repair and of no further use, especially pit timbers and props. The spelling of this word is approximate only.

Dog and Chain:- A  tool used for withdrawing props. It worked by digging in the pointed bottom end into the floor or around a timber post and pulling on the handle end whose length when compared to the lower end  had a mechanical advantage of 7 : 1 which was enough to pull the timbers out easily. 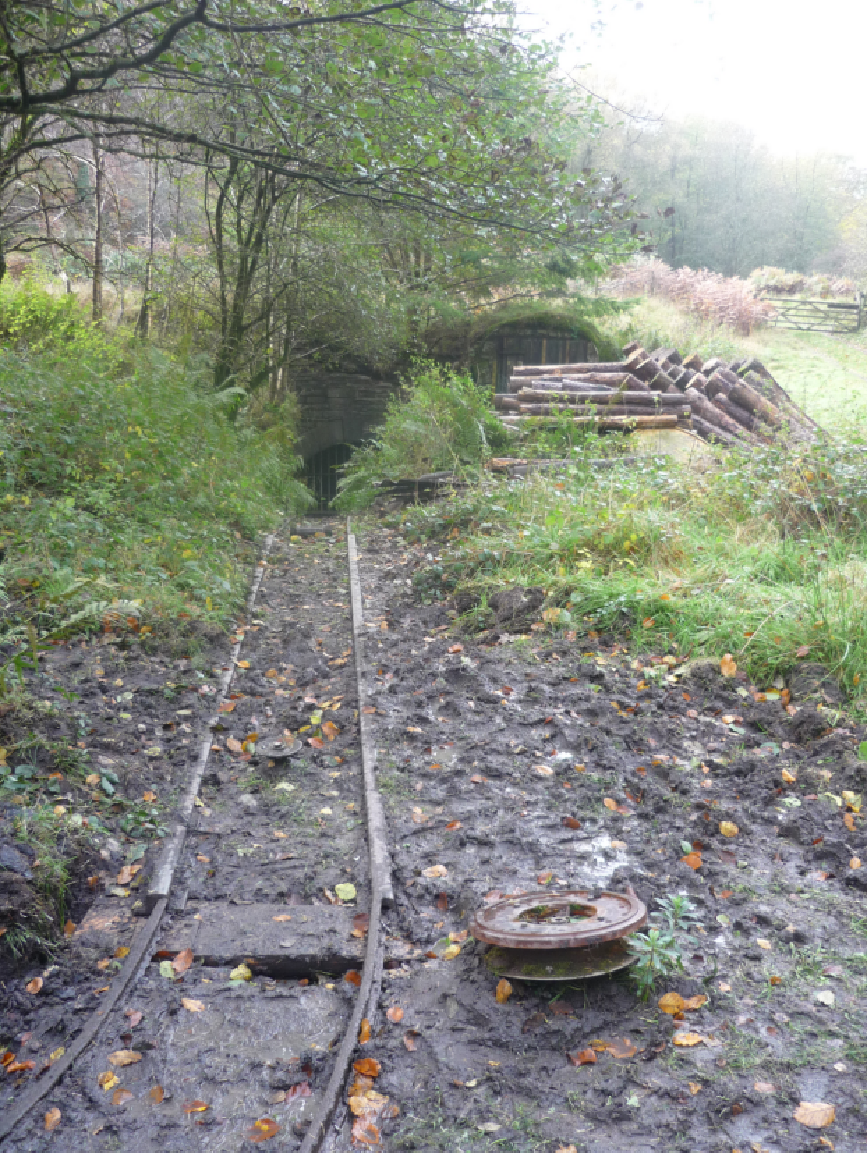 Fissily  or Fizzily:-  A small freemine - an expression more commonly used on the western side of the Forest 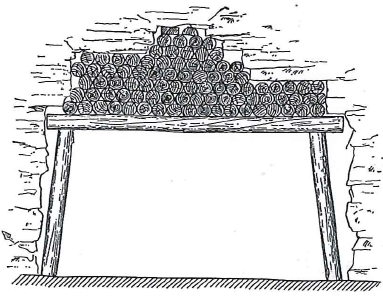 Miners’ Nystagmus: Involuntary jerking of the eyeballs brought on by working in very imperfect illumination over a long period. It was often suffered by those who were undercutting at the coalface. Noted in Park Gutter Colliery 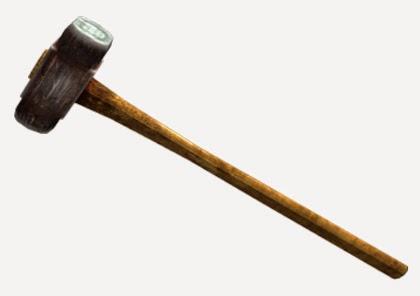 Monday Hammer: A heavy sledge hammer which proved to be so heavy that it was alleged to give the user the “Monday Morning” feeling. Used primarily to break up large rocks and stones. 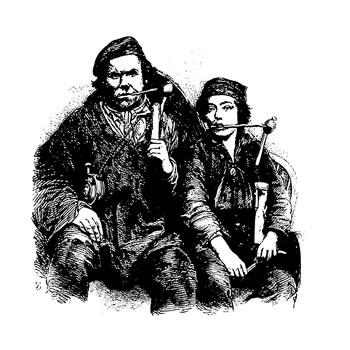 OR a small, flat piece of  wood  that had a hole, to support a candle and a nail was then driven through one flat end face  which was then filed to a point..  The Nelly could then be pushed into a post and held by the spiked nail, and illuminate the face for the collier

Royalty:- This was a payment per ton paid by the gale owner to the Deputy Gaveller. It was a annual sum paid per ton of coal or iron ore raised to the surface. If the royalty did not exceed the set dead rent, then the greater sum of the dead rent was paid in instead. 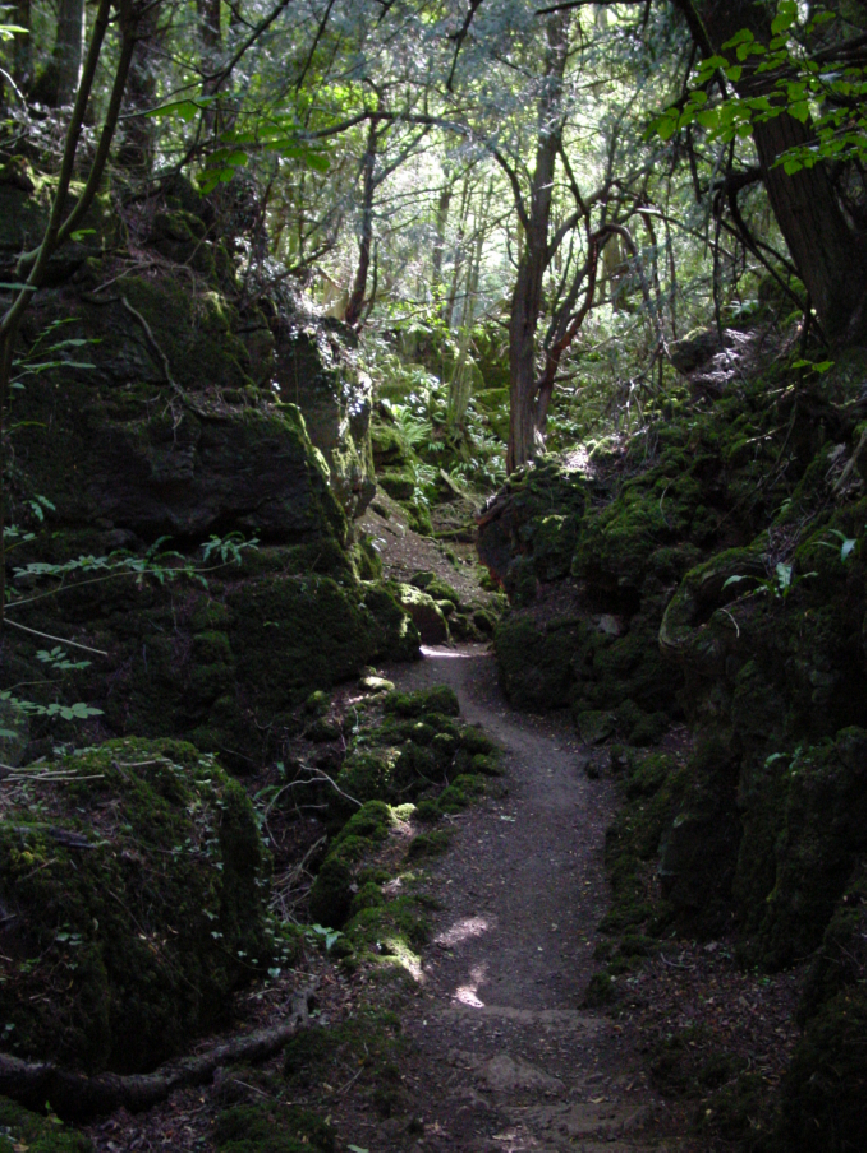 Scowles:- A local term used to describe the ancient surface open cast gullies and holes dug by ancient miners in their search for iron ore in the outcrop.

Sinker’s Hat: A large wide brimmed water-proof hat worn by the sinkers to deflect the continual cascade of water down the shaft whilst sinking the shaft

Snowle:- The name given to the ubiquitous miner’s lunch of a small loaf of bread, broken open and a piece of cheese and maybe an onion inserted inside. It was very often the standard lunch or ‘bread’ of the miner.

Stell:- The anchor point to attach a Sylvester safety tensioning devise. Name used in southern side of the Forest coal field

Stone Billy:- Pronounced ‘Stwun Billy’ in the Forest miner’s dialect. This was a device of various lengths and sizes and depended on what the blacksmith decided to manufacture. It was basically a steel bar with a bulbous or tapered, but sharply pointed end which was put in a crack or weak part in the rock and was then struck with a sledge hammer to force the point into the weakness and thus break the rock apart.

Vern:- An old Forest of Dean expression which referred to a miner’s young workmate or trainee

Yorks or “Yarks”:- The bottoms of the miner’s trousers were tied around generally with a piece of string to prevent the coal dust travelling up his legs and to help keep his trousers out of any mud and shallow water

“Yups and Zonks”:- An expression given to something that went up and down and was not level. “The roadway  was vull (full) of yups and zonks”.