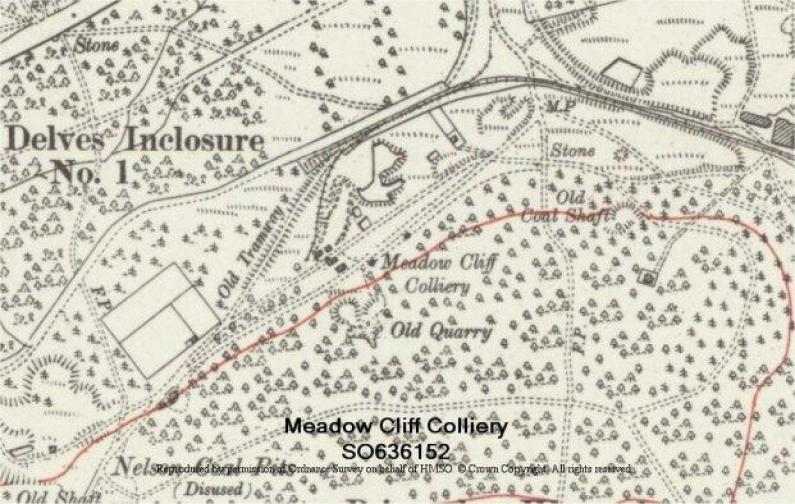 Roberts Folly gale was granted to Henry Roberts in 1843, but it appears to have already been well worked over (hence the name) and was surrendered in 1848. The gale passed through a number of owners, who seemingly had little success, until the Meadow Cliff Colliery Co. Ltd was formed in 1915. The colliery worked the Crow Delf and Twenty Inch Seams (both 1 ft 6 in. thick) of the Supra-Pennant Group. A siding connected to the Churchway branch of the Great Western Railway’s Forest of Dean Branch was laid at about this time. Coal production had reached 120 tons per week by February 1923, but financial problems continued and the plant was sold off in 1924, the company being wound up in 1927. The last, similarly unsuccessful, attempt to work the gale was by Ernest Tremain in 1928-1936.