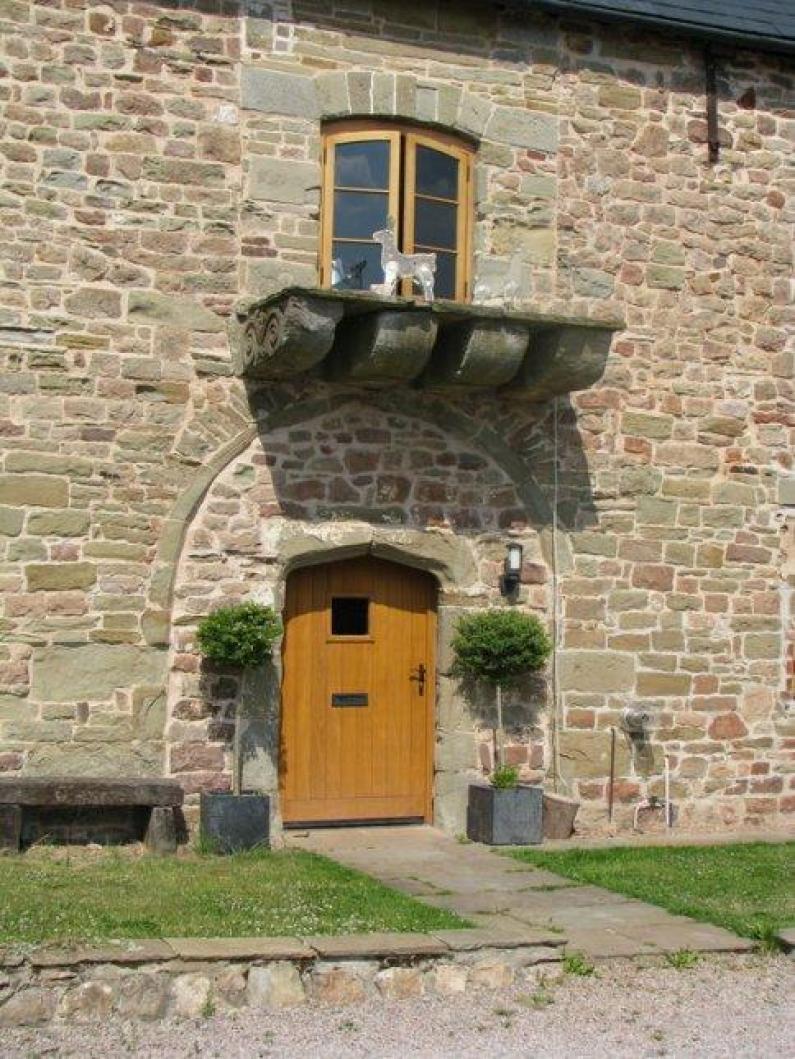 Highmeadow Farmhouse is about one mile along the road which branches from the Coleford to Newland road and goes to the Redbrook road..The house backs onto the road. It is a grade 11* listed building, having some late-mediaeval windows, probably reset, and a massive, carved porch roof support. In the 17th century the wealthy Hall family lived there. It was a large house with out-buildings. In about 1670 Benedict Hall built to the north-west of it a bigger house - a mansion called Highmeadow House - which the family moved to. This building was dismantled and the materials sold piecemeal at the beginning of the 19th century. The Halls' old home was now known as Highmeadow Lower House, and became a farmhouse and remained so during the 18th century. Then it became a barn, one of the buildings of Highmeadow Farm. By 1918 the house had been divided into two farm cottages. It later became unused and in a state of decay for many years. Early in the the 21st Century the building was renovated and became part of a complex of dwellings, some as holiday accommodation, others permanent homes. The essential external features were retained.