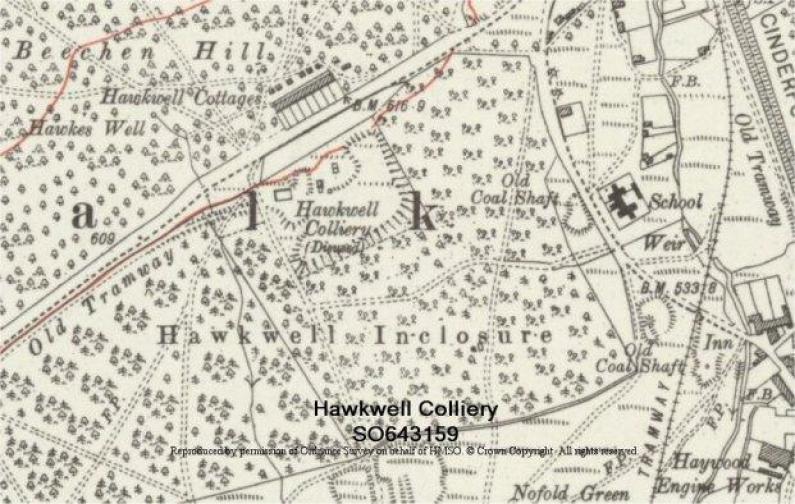 Hawkwell Colliery worked the Small Profit gale, which included the Coleford High Delf and other seams in the Pennant Group (middle Upper Coal Measures). The first attempt to sink a shaft was abandoned in about 1846 due to an influx of water. A later attempt, which utilised a 50-inch Cornish pumping engine, was more successful when the Coleford High Delf (3ft 6in thick) was reached in 1876, the shaft reaching 452 ft. Devopment then began in earnest, and a siding off the Great Western Railway's Churchway Branch was laid in 1878. Newbridge Engine gale was acquired in 1885. By the 1890s there were problems with water ingress from surrounding gales and the colliery ceased working around 1895. Two shafts were re-opened in 1932 to provide ventilation and an emergency exit for Northern United Colliery. Very bad. Part of the tip has recently been washed for coal and the rest of the site is heavily overgrown. (June 2002)