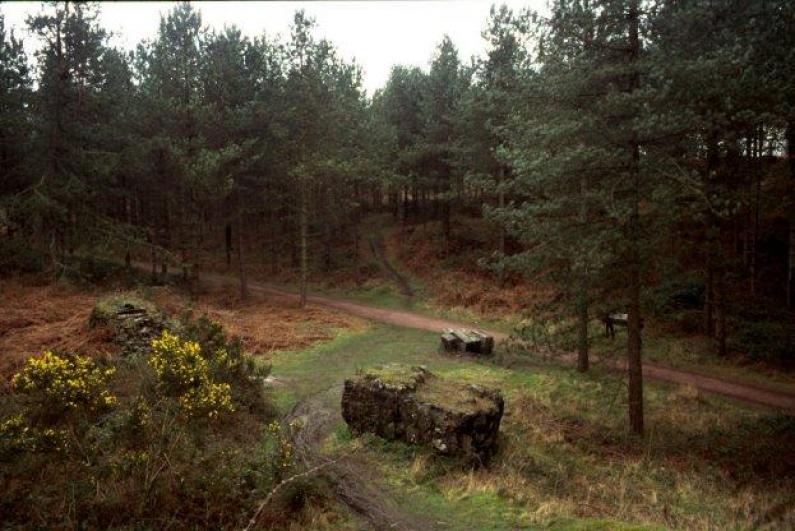 The original Foxes Bridge Colliery of c.1837 was never completed, and in 1855 sinking of a new colliery began further north. There were two shafts, the Land and Deep Pits, working the top part of the Upper Coal Measures (Supra-Pennant Group), including the Twenty Inch, Lowery, Starkey, Rocky, and Churchway High Delf Seams; the latter reached at a depth of 851 ft in the Land Pit. A 30-inch. beam engine was in use in 1873, and a 60-inch Cornish high-pressure engine in 1880. There was a rope-worked inline down to the Great Western Railway's Forest of Dean Branch, as a well as a connection with the Severn and Wye Railway's mineral loop (1872). The colliery was one of the largest in Dean, producing 126978 tons of coal in 1880 and 500 tons/day in 1906. In 1919 fear of water ingress led to the purchase (jointly with Lightmoor) of Trafalgar Colliery. Closure came in 1930 due to water entering from Crump Meadow Colliery which had closed the previous year. Very bad. There are some remains of concrete and stone walls and foundations, including a possible loading wharf. Much of the tip has now been levelled. (April 2002)