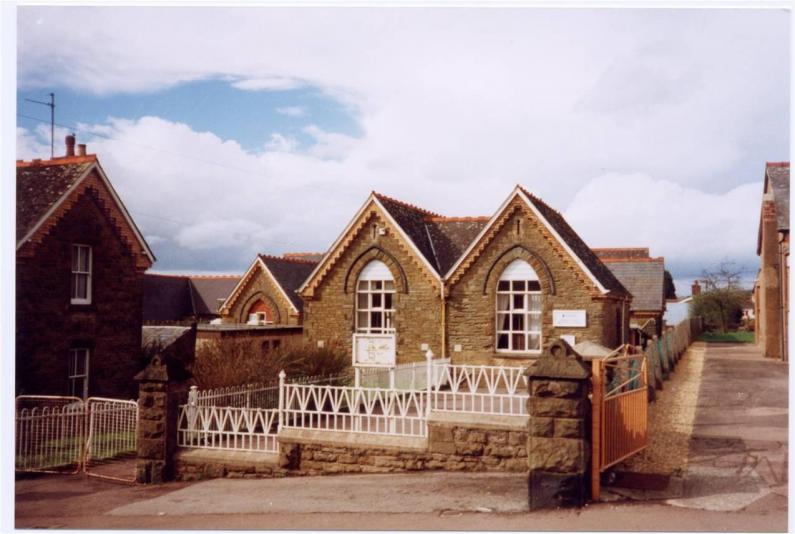 The educational system of the Forest of Dean has its roots principally in the missionary work of Anglican ministers in the early 19th century. P. M. Procter led the way in 1813 by opening a day school in his new chapel at Berry Hill and was followed by Henry Berkin, who established a similar school at Holy Trinity church near Drybrook in 1819, and by Henry Poole, who provided schools for Parkend and Bream in 1824 and 1830 respectively.

The Forest's chief colliery owners built schools in Cinderford in 1840 and a British school in 1851. In the mid 19th century six more National or church schools supported by the Crown were established, largely through the efforts of local clergy such as Henry Poole and H. G. Nicholls.

By 1874 the Education Department identified ten districts in want of schools. A school board formed in 1875 had built five schools by 1878 but in 1879, another 1,150 places were needed. The board reopened two schools which had closed and built three new ones in the 1880s and provided a school in Cinderford for older children in the mid 1890s. Four new council schools were built before the First World War. The county later took over most of the Forest's remaining voluntary schools and after the Second World War it provided several new schools to replace some older buildings. Management of the county council's schools passed to smaller local committees in 1969. There was an independent Roman Catholic school, started in 1960, in Cinderford.

In the mid 19th century a number of night schools continued the education of older children in the Forest. They were run at first privately and later by the board, and most were discontinued just after the First World War. The classes were usually held in elementary school buildings in the evenings and most were conducted at Cinderford. Although it had a senior elementary school from 1896, Cinderford did not replace Lydney as the centre of secondary and technical education for the Forest until 1910, when the county council opened a secondary school there. A few years later the county opened a senior elementary school on the west side of the Forest at Five Acres.
In the 1930s the county ran technical classes in several Forest schools, and following the Education Act of 1944 it had secondary modern, grammar, and technical schools in Cinderford and secondary modern schools at Five Acres and Bream. All of those schools were affected by later reorganizations of secondary education in the Forest area.Mining classes were started by the County Council in the early 1890s and were held in school buildings in many places, including Bream's Eaves, Cinderford, Coleford, Lydbrook, and Yorkley. Later the classes were run from the Forest of Dean Mining School, which was opened in Cinderford in 1925. In 1937 the school became known as the Forest of Dean Mining and Technical school (college from 1953), introducing new subjects, including forestry and domestic science, and dropped mining from its curriculum. In 1966 it amalgamated with an art college in Lydney to form the West Gloucestershire College of Further Education, which was based in Cinderford. This college, kept its art department at Lydney until 1970.
Following the reorganization of secondary education in the Forest area in 1985 the college was replaced by the Royal Forest of Dean College. This was dissolved by government order in 2011 to be merged with Gloucestershire College.Working foresters visited the Forest of Dean for practical instruction long before 1904 when the Commissioners of Woods established a school for them there. Known as the School of Forestry for Working Foresters, it moved from the deputy gaveller's office in Coleford to Parkend in 1905 and occupied part of the former ironworks there from 1909. On the closure of the school in 1971 the Forestry Commission sold the premises to Bristol city corporation for a field studies centre.

Dean Hall (formerly Old Dean Hall) school for children with learning difficulties was opened by the county council in 1958 in a building south of the Speech House. 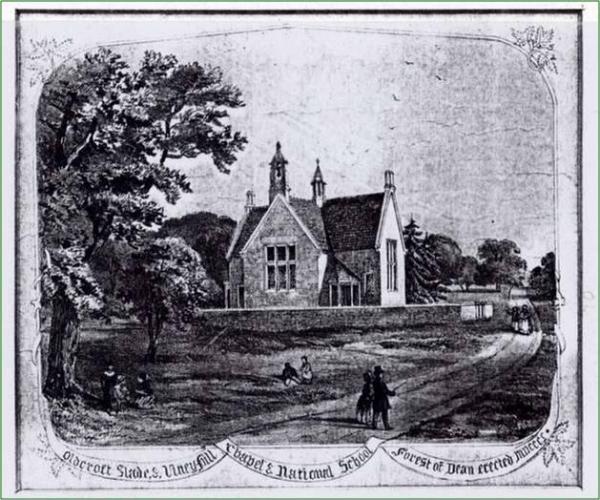