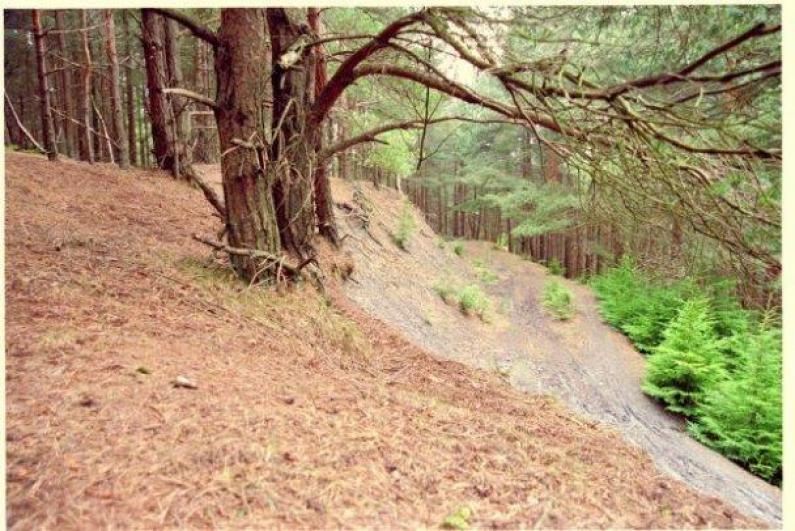 Sinking of East Slade Pit was begun around 1832 by George and James Meek, who assigned their rights to the Cheltenham and Forest of Dean Coal Co. In 1841 there was a 210 ft shaft with a high-pressure engine, but the colliery was idle. By 1850 the colliery, which worked the 5 to 6 ft thick Coleford High Delf Seam (Pennant Group), had four shafts and a tramroad connection with the South Wales Railway’s Churchway Branch. The tramroad from the colliery was later replaced by a rope-worked incline down to screens situated on the sidings at Churchway. By 1872 the colliery was in the hands of the New Bowson Coal Co. Ltd, who also worked the Britannia and Favourite gales through East Slade pits. The colliery worked until 1899 when the East Slade and Woodside gales were almost worked out. It closed in May that year, having produced 497199 tons of coal since 1872. The Woodside and East Slade gales were surrendered in 1904 and 1905, respectively.