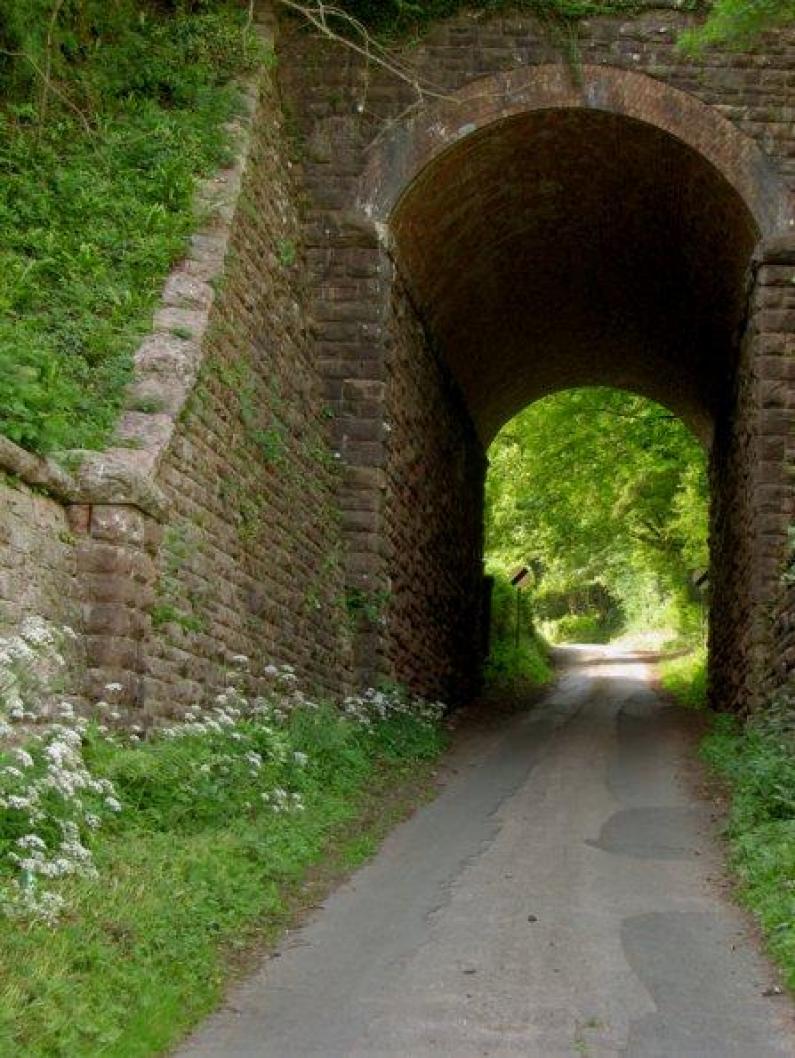 Dog Kennel Bridge carried the Coleford Railway, which ran from Wyesham Junction, near Monmouth, to Coleford, over a minor road between Whitecliff and High Meadow Farm. Construction of the line began in 1880, the contractors being Reed Bros & Co. of London, and it was opened on 1 September 1883. In common with other underbridges on the line, Dog Kennel Bridge is predominantly of stone, but the arch is made of brick. It has massive stone abutments and wing walls. The smaller stone bridge abutments of the Monmouth Railway, which the Coleford Railway replaced, are still visible about 100 metres up the lane (SO 56321007) where the old tramroad crossed the valley on a much sharper curve. The GWR’s Coleford Branch closed as from 1 January 1917, most of the track soon being lifted for the war effort. Evidence: structure.