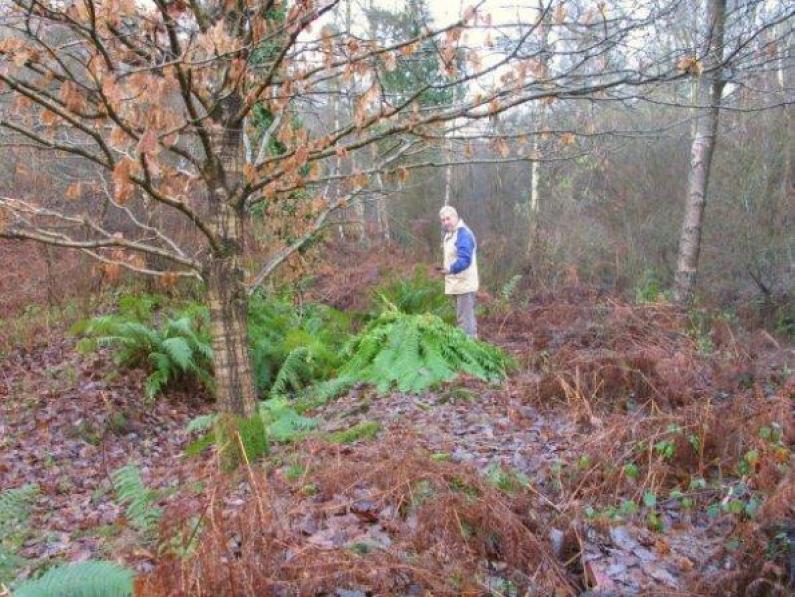 The Dark Hill gale was awarded to David Mushet in 1841, and by 1847 he had also obtained the neighbouring Shutcastle gale. Dark Hill (or Darkhill) level was close to the Severn and Wye Railway's Milkwall (later Coleford) Branch, and after about 1875 was served by Fetterhill Sidings. It worked the Coleford High Delf Seam (6 ft thick) at the base of the Pennant Group (middle Upper Coal Measures). On Mushet's death in 1847, the colliery, together with his Darkhill Ironworks and Shutcastle Colliery, were put up for auction, but did not sell and passed to his three sons, soon being held by David Mushet (Jr) alone. Dark Hill was worked intermittently thereafter, only 4206 tons of coal being produced in 1880. It was bought by Thomas Bennett Brain in 1899. Little work seems to have been done after his death in 1914, although the gale continued to be worked from several adjoining gales. Very bad. The site is heavily overgrown and only a few foundations may possibly survive. The concrete foundations just to the west alonside the Milkwall-Parkend road are probably part of the Darkhill Brickworks. (Dec. 2002)