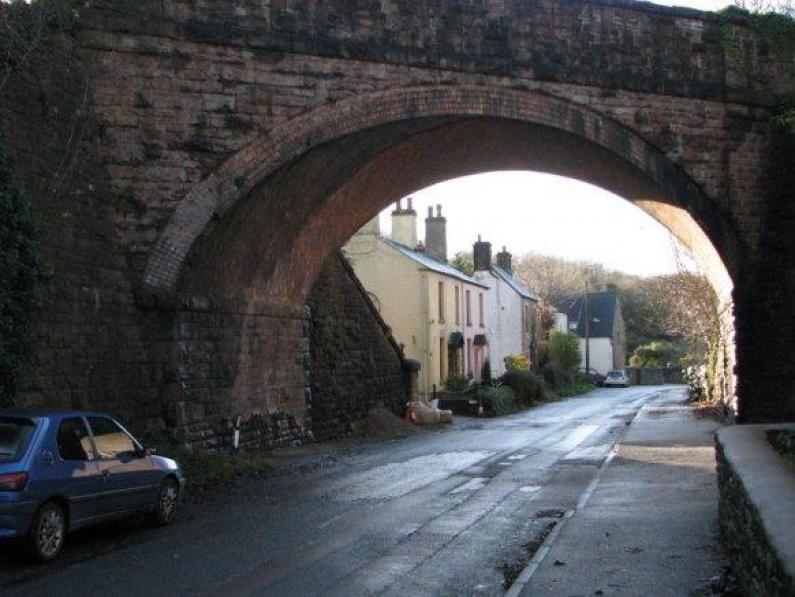 Construction of the Coleford Railway, which ran from Wyesham Junction, near Monmouth, to Coleford, began in 1880, the contractors being Reed Bros & Co. of London, and it was opened on 1 September 1883. The line was carried over Newland Street in Coleford by a massive stone and brick bridge. In common with other underbridges on the line, Coleford Railway Bridge has massive stone abutments, parapets, and wing walls, but the arch is made of brick. Although the GWR’s Coleford Branch closed as from 1 January 1917, the section from Whitecliff Quarry to Coleford, where it connected with the former Severn and Wye Railway to Parkend and Lydney, continued in use for carriage of limestone until 1967. Evidence: structure.