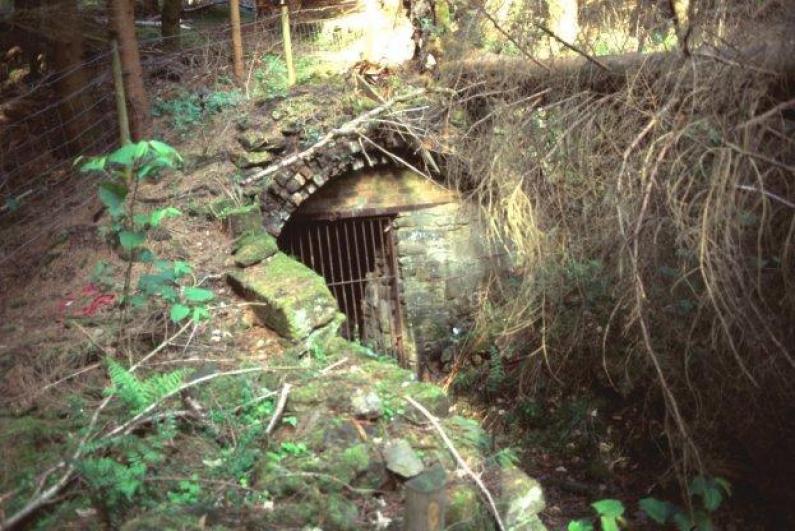 The original Cannop Drift was driven in about 1906-8 by the Cannop Coal Co. Ltd to work the Yorkley and Coleford High Delf Seams of the Pennant Group (middle Upper Coal Measures) whilst the main shafts were being sunk. When Cannop Colliery closed in 1960, the license to work the Yorkley Seam was taken by Harvey Gwilliam. A new drift was used, but the original Cannop Drift was retained as a second exit. New Cannop Drift Mine was mothballed in 1992. Fair to good. Most features of this mothballed free mine are in reasonable condition, including corrugated iron sheds, screens, tramway and tubs, and the inclined drift entrance. The brick-lined drift entrance of Cannop Colliery (now gated) is also in fair condition. (April 2002)