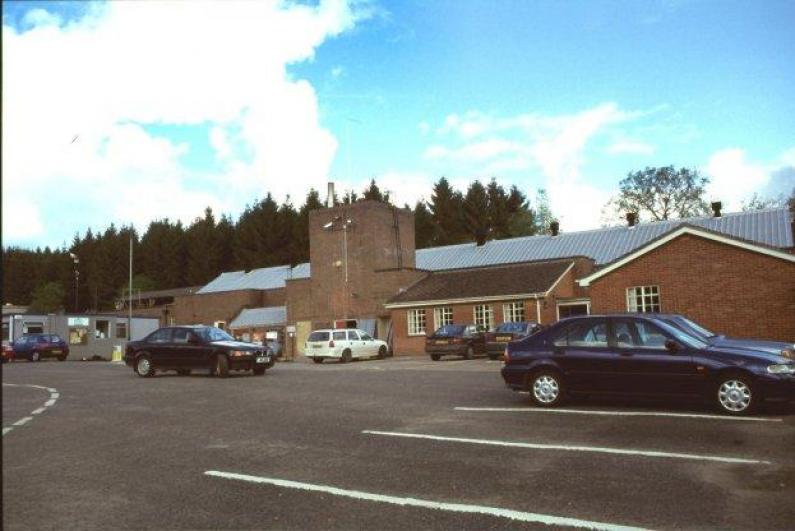 The Cannop Coal Co. Ltd was formed in June 1906, taking over the Union & Cannop and Prince Albert deep gales from Henry Crawshay & Co. Ltd. The aim was to work the Coleford High Delf Seam in the Pennant Group (middle Upper Coal Measures) beneath the workings of the Speech House Hill Colliery. Two shafts were sunk, the 4 ft 9 in thick High Delf being reached at a depth of 612 ft in no.1 pit by November 1909, although the seam was already being worked from a drift mine a short distance up Wimberry Slade. Sidings and a connection with the Wimberry Branch of the Severn and Wye Railway were installed. Winding of coal from the deep pit began in 1912, output reaching 1000 tons/day by march 1915. Production peaked in 1937 (402784 tons), making it the largest colliery in Dean, and the workforce was about 1040 around this time. The colliery was an extremely wet one and was flooded on several occasions. Electric pumps were used and 1140 million gallons were pumped in 1928. The high cost of pumping was a major factor leading to closure in September 1960. Fair. The colliery buildings are now offices for a Council depot, and a cycle hire centre also uses the site. The overgrown tip and the brick-lined entrance (now gated) to the drift mine survive. (April 2002)