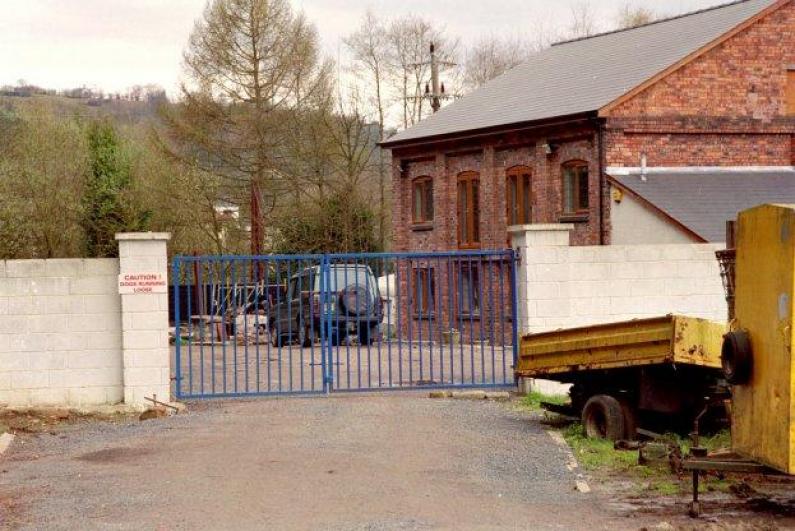 The Arthur & Edward gale was worked by Benjamin Gwilliam and Thomas Butler from the mid-1830s, two shafts being sunk to work the Coleford High Delf Seam in the Pennant Group (middle Upper Coal Measures). 12857 tons of coal were produced in 1856. In 1853 the Arthur & Edward and Miery Stock Colliery Co. was formed, but this was wound up in 1859. There appears to have been little subsequent production until the new North-Western United deep gale was acquired by the Lydney and Crump Meadow Collieries Co. Ltd in 1908. The Coleford High Delf was reached at a depth of 273 ft in No. 1 Shaft, and was followed by dipples down to about 1050 ft. There were two winding engines (18 in. and 16 in.) and a pumping engine. Tubloads of coal were transported by means of an endless rope-hauled tramway or "creeper" to screens at Mierystock across the Monmouth-Mitcheldean Road, the screens being connected to a siding adjacent to the Lydbrook branch of the former Severn and Wye Railway. In 1928 the colliery was completely electrified and mechanical coal cutters and conveyer belts were installed. At its peak the colliery was producing over 4000 tons of steam coal per week (192172 tons in 1938, but down to 147254 tons in 1946). On 30 June 1949 the pit was flooded when a breach was made into the water-filled workings of East Slad Colliery. 177 men escaped by means of the cage up the shaft, and 5 missing men were eventually contacted and rescued via the old Pluds' Colliery shaft, which had recently been re-opened for ventilation purposes. Closure of the pit came on 23 December 1959. Very bad. Little remains, although a stone wall by the Lydbrook-Mierystock road is probably the site of the "creeper" bridge, across which tubs of coal were transported to the screens. The associated tip (SO 617145), now forested, survives. (Dec. 2002)