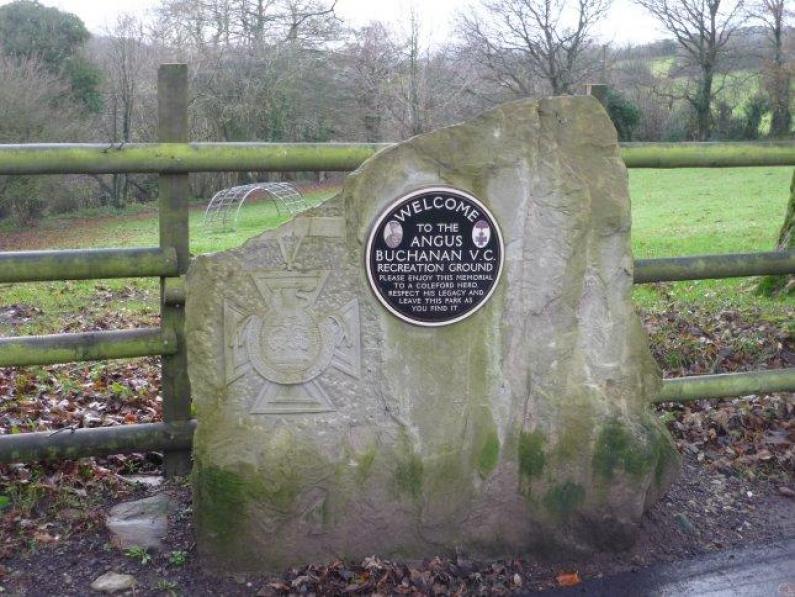 Angus Buchanan was born in Coleford in 1894. He went to St John’s Boys School Coleford and Monmouth Grammar School. He won a scholarship to Jesus College, Oxford. Angus was commissioned Temporary 2nd Lieutenant, South Wales Borderers on 27th November 1914, and was later promoted to Temporary Captain. He fought at Cape Helles, Gallipoli and was awarded the Military Cross on 7th January 1916. He was posted to Mesopotania, where he was awarded his Victoria Cross for action at Falauyah Lines on 5th April 1916. He was wounded in this incident and then on 13th February 1917 he was severely wounded to the head, and as a result lost his sight. Angus Buchanan was decorated with the Victoria Cross by King George V in Bristol on 8th November 1917. He returned to Jesus College after the war and read law. After graduating in 1921, he worked in a solicitor's office in Oxford before returning to Coleford to work until his death in 1944. Funds were raised in Coleford to mark his bravery, which he asked to be used to give children somewhere to play. He is buried in Coleford Cemetery, next to the recreation field named in his honour.