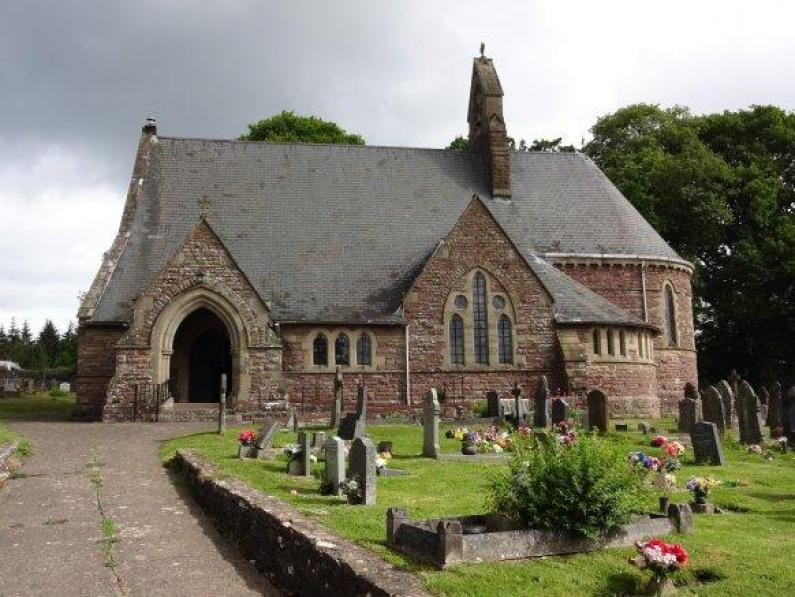 This Victorian church was begun in 1865 and consecrated in 1867, and was built as a memorial to Charles Bathurst. The church is built of local red sandstone , with grey sandstone dressings, to a design by Ewan Christian. The style is that of the late 13th century, with an apsidal chancel flanked by quadrant chapels, and a nave with north transept and south aisle and porch. The north chapel was used as a vestry, and the south chapel was latterly converted to be a choir vestry. The roof is continuous over both nave and south aisle, but with a break of slope over the south aisle.